Plus an auction & repair

Humula station was opened in 1917, with the first stage of the line from Wagga Wagga to Tumbarumba.  Officially closed in 1975, with the last train departing in 1974.

The station never had an awning, and didn't seem to match any standard NSW station design that I could find.  The below are images from the internet, sent to me, or scanned with permission from the small booklets produced by Tumba Rail on the Tumbarumba line

Without a plan, or measurements, I based my drawing on the door and window dimensions from a standard PC3 station.  The length was a bit of a guess, but I have tried to maintain an equal spacing with the 6 vertical battons on the platform side.  The rear of the station remained a mystery, and thanks to Mark Pottie, who sent me a better image of a tour train than the small image (of the same picture) in the Tumba Rail booklet, I had some idea

An auction
At the beginning of this month, a well known auction house in the Blue Mountains was having their regular 1st monday auction.  Well worth a look at their on-line catalogue, occassionly find something that one can use
With covid restrictions, all you get is a single photograph to whet your appetite. The auction is conducted through the web.
I wasn't planning to bid on this lot pictured below, as it had a start price of $25 and the description said fair to poor condition.  However, no bids, and the auctioneer dropped the start price to a miserable $15, which was encouragement enough. With no other bids, I won this lot for $15.
There is an 18.5% commission on internet bids, plus a cost of postage and packing, that includes a commercial hourly rate for the packing.
It wasn't the only thing I bought, and the share of the postage for my wagons was just under $12.  So, about $30 investment.
Australia post took about 2 weeks to deliver.  The box contained the above pictured models, plus some extra bits and some 26mm axle length wheelsets.  The wagons were in a sorry state.
Here is the results of the repair:-

All up, even with the extra cost of the 23.8mm axles, I am happy with my auction win as most of the wagons could be used on the layout.
Another repair.
Last week, a mate asked me to have a look at a Bergs C30T he had just got out of storage.  He could not get it to run

The repair took under an hour, and most of that time was spent trying to locate my neoprene tubing.  Reassembled, it runs sweetly.
---------
Until next time.
Posted by Rob Nesbitt at 18:57 4 comments:

Borambola Station and a platform diorama
At the last post, I was left with the fabrication of the roof, and painting
Station building completion 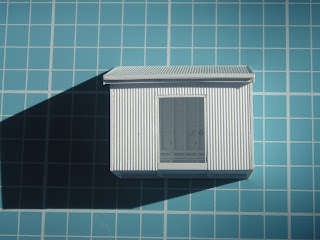 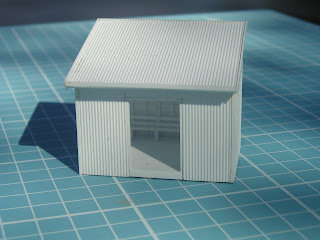 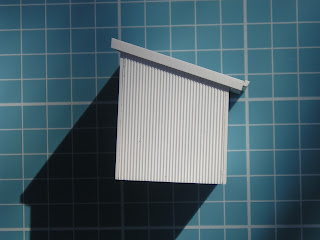 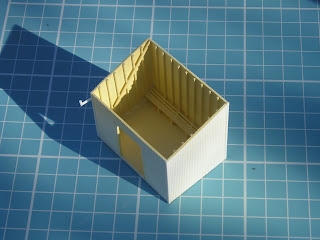 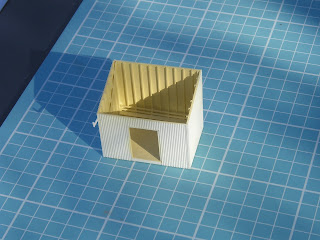 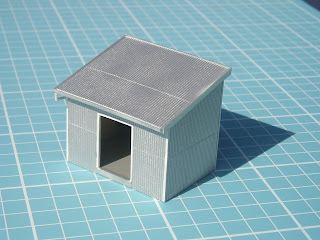 Finishing the station turned out to be rather faster than expected, so I decided to place it on a small diorama
Platform, and diorama
I recently made a few platforms faces, and used the small styrene platform as the basis for my model.  It is shorter than the prototype, but it fitted my other criteria:- easier to store; space for the water tower, and toilet blocks; may be able to be installed as is on the future layout; and lastly, I had a piece of plywood of appropriate size hanging around. 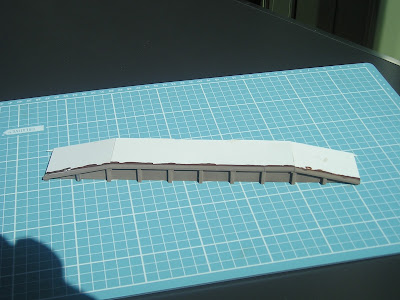 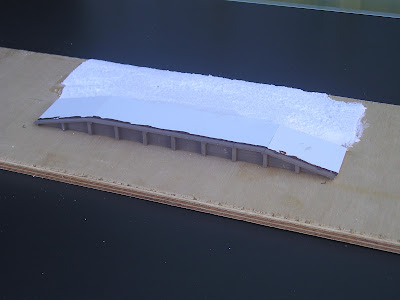 I covered many of my scenery techniques in my series on the Bethungra N scale layout a year ago, so I am not going to repeat them here.  (search for it in the search area on the top RHS of this blogpage)  But I will mention, the visible white sytrene platform top is lower than the platform edge capping, which gives me around 1mm of depth for the sand layer on top of the platform
Little details
Search as I could, I could not find my NSWGR resin water tanks.  So the option was to make ones own out of styrene and aluminium.

The station was reported to have the station name over the doorway.  I was not sure what size it needed to be, so I made a small word document with different sized fonts, and printed it on paper.  Styrene cement used to glue the paper to styrene, and I had 2 signs to check 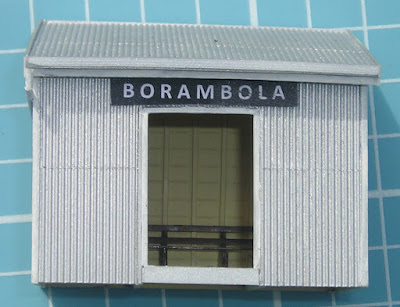 Finally the photos
Tuesday was the last day of winter, although I suspect spring came early.  The canola fields in the background has been out for around 3 weeks.  I set up the portable table in my backyard, and used the sunlight to illuminate the scene.  The only tweaking I have done, was cropping the images.

Hope you all are staying sane during this lockdown.  Stay safe, and build a model or two.
Until next time
Posted by Rob Nesbitt at 18:39 4 comments: