One of the bridges that has to be replaced prior to double stacking by Inland rail project, is the Edmondson Street bridge.

The bridge is on the western end of Wagga's station.  Earlier this week, whilst waiting for my car to be serviced, I thought I would take a few more photos, of this soon to be replaced bridge.


From what I can determine, the bridge was built to replace an earlier level crossing approx 1920.  It was originally just a 2 lane bridge, and later widened to 4 lanes with the growth of Wagga Wagga,  south of the railway line - and I dimly remember this happening in the 1960s.  The construction is typical NSW, with sloping wing walls.  The deck is re-inforced concrete, over some shallow steel beams.

I plan to include a model of this bridge on my layout, but won't have the space for a full roadway ramp.

Some bonus pictures (if you have got this far)

A Junee bound Pacific National wheat train approaches Marrar, on the Junee-Narrandera line on August 18th.  The canola fields are bright yellow.  The road is the Canola Way, and well worth the detour if you are travelling to Adelaide via the Hume/Sturt Hwy

I have a confession to make.  The Wagga station has suffered some neglect over the last 3 months, whilst I have concentrated on other things - some alas not related to trains.

I don't quite believe this happened.  I was replacing the ceiling access panel in my workroom, after it had dislodged after an extremely strong wind entered my workroom, and blew the panel (just a piece of chalk board) into the ceiling space.  In the process of putting it back, the panel dropped through the hole, and in an effort to arrest its fall to the floor, I invertantly directed it to impact the table the station was on.

Assessment, repairs, and cleaning was not immediate.  I walked away for an hour before returning to assess.  I was pleasantly surprised how little damage actually occured.  The only part that really suffered was the roof ridge of the LHS gable - seen in the above shot as white - partially the chalk, partially as the styrene ridge plastic has been removed, exposing the unpainted corrugated styrene.

Anyway, after this, I realise that I have to finish the station sooner, rather than later, and then build a protective cradle, so the station can be stored away from flying ceiling access panels etc. 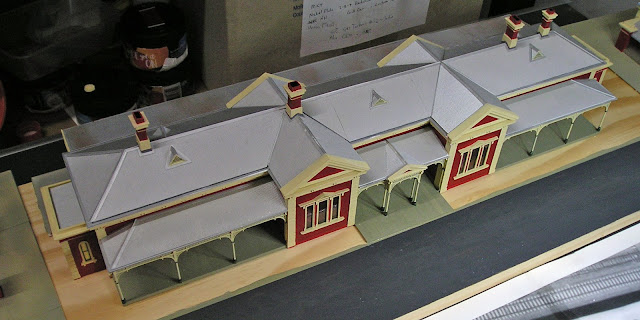 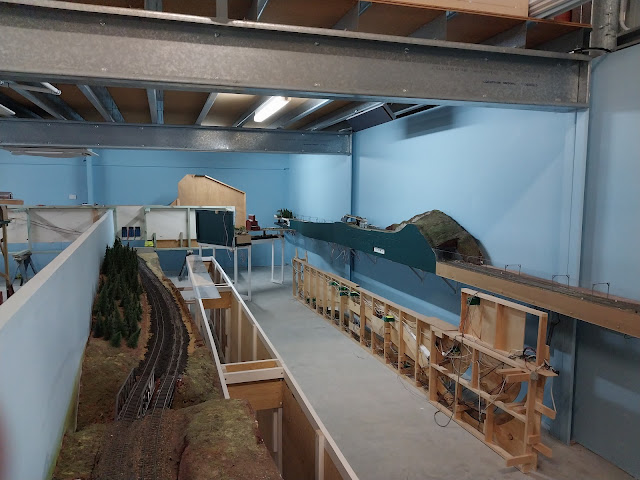 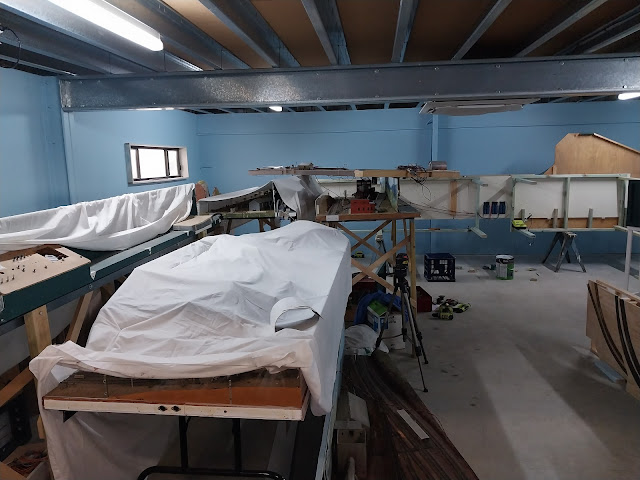 Well, that's it for now.  Lessons I hope have been learnt.

It has been a number of years since I wrote an blogpost on the gatekeeper cottages around Wagga.

In the subsequent time since that original blog, I have been accumulating additional pictures.  The Docker Street cottage was one I don't have plans for, and as the cottage is privately owned, these pictures will be used to create a simple diagram for a future model build. 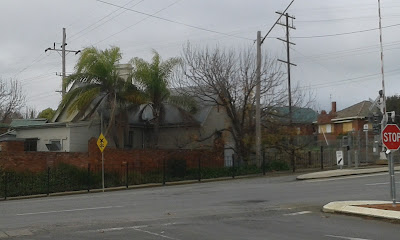 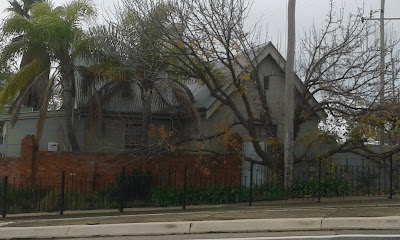 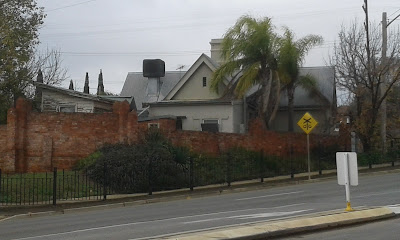 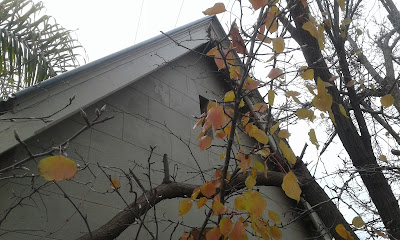 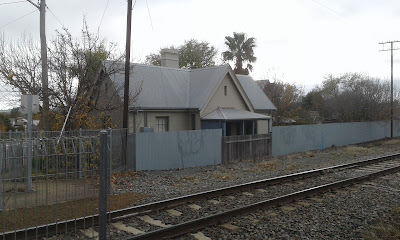 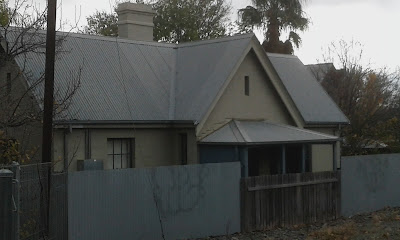 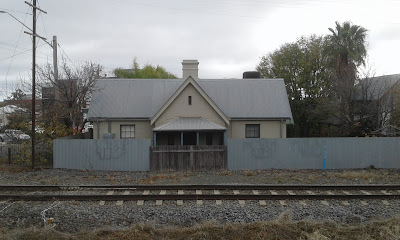 Making the plan.
The aerial shots both are dimensioned, but I was able to get a more accurate measurement by counting the corrugations on the roof.  Each corrugation is 3" apart - and thus I was able to determine the full width of the cottage roof is 40 feet.  A little more guesswork for the wall heights, and roof pitch.  I took these from a plan I did have of the old  Best Street cottage, which has some similar features.  What I don't have is any pictures of the door and window placement from the north eastern side of the cottage, so I have made a guess.  I suspect too that the structure is rendered double brick construction, apart from the rear "lean-to". 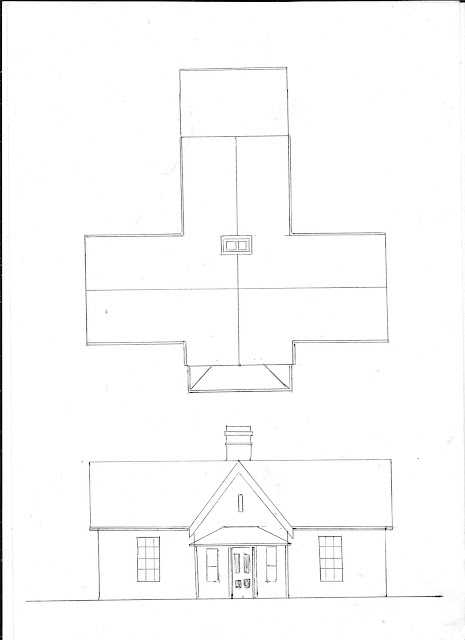 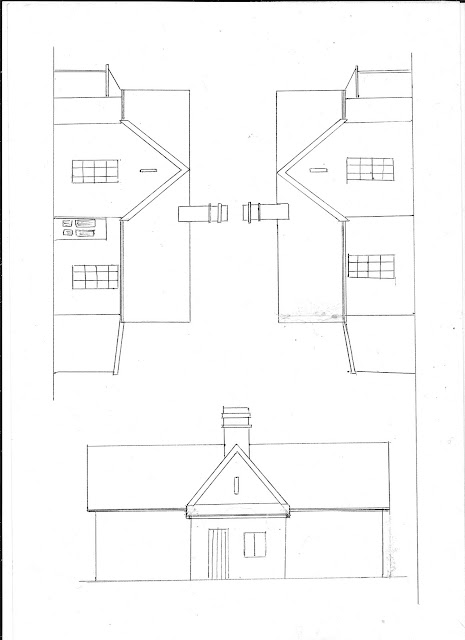 Anyway, that's as far as I have got for now.  Cutting out the styrene will be the next stage.
Stay warm
Posted by Rob Nesbitt at 17:51 6 comments: