As part of the Inland Rail upgrade, both footbridges crossing the railway in Wagga are going to be replaced.

I am not sure why the footbridge connecting Railway Street to Station Place was called this, but it is ideal as a railfan viewing platform.  It doesn't provide any passenger connection off the station platform

Fortunately, I don't need to measure the bridge, as the above plan, when enlarged, shows the dimensions quite well 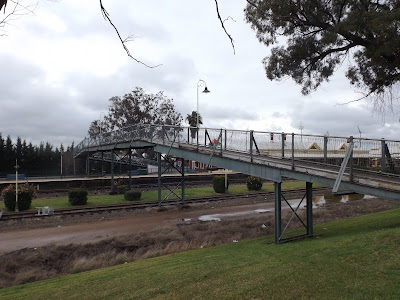 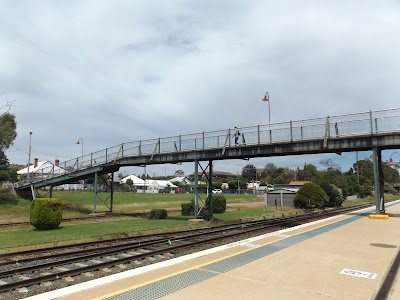 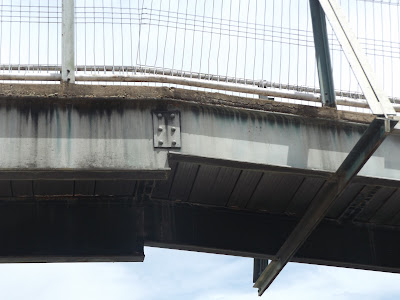 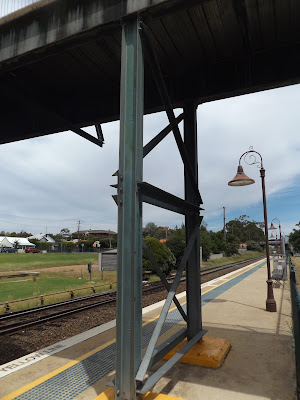 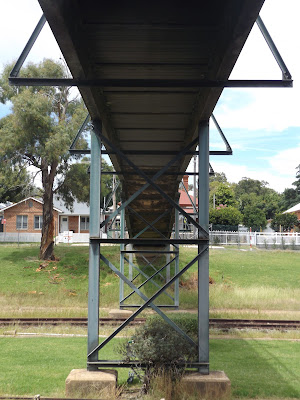 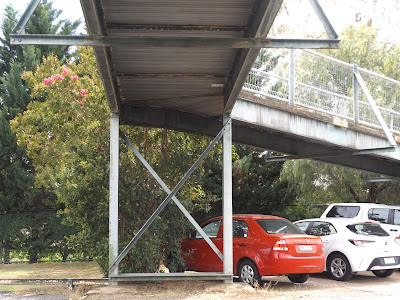 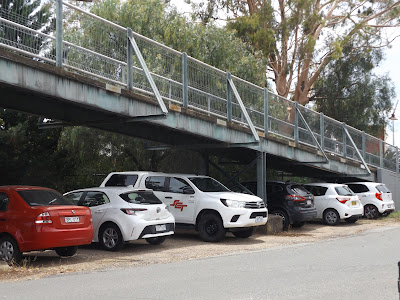 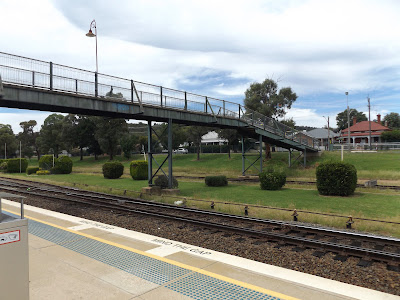 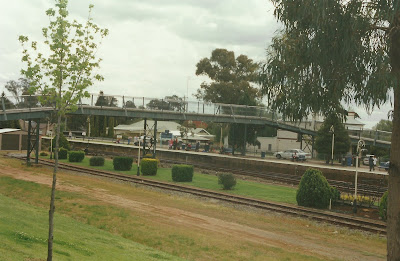 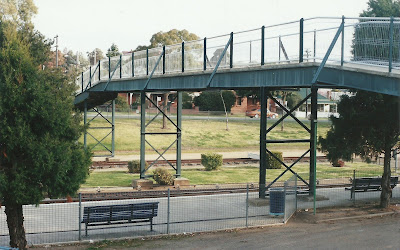 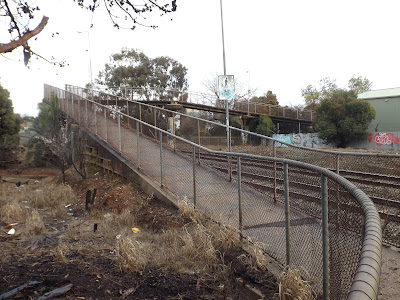 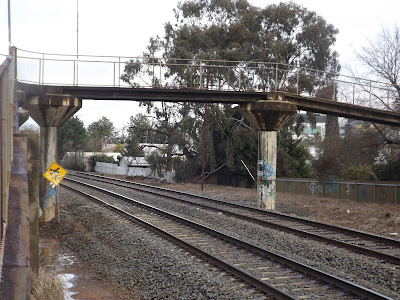 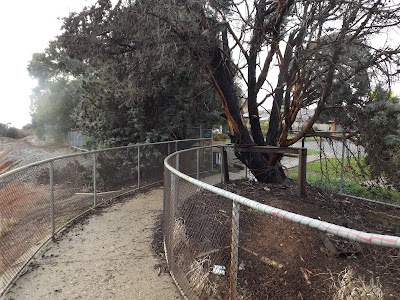 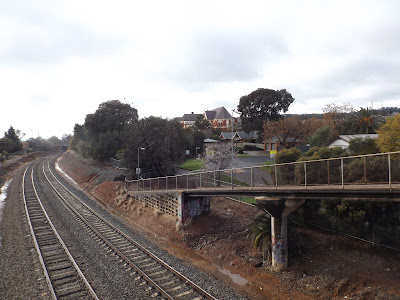 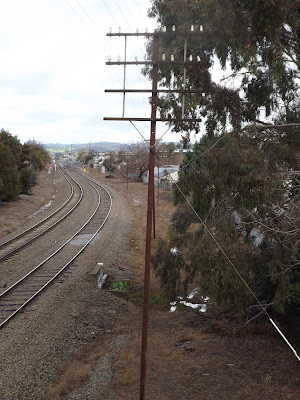 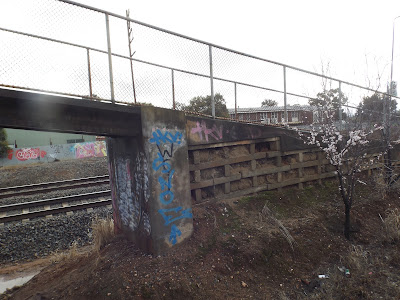 At this stage, I do not have a firm idea of the width of the baseboards, so making either bridge may be premature.  But at least I have pictures - and their replacement by Inland Rail should not impede my modelling of them.
An excusion to Cootamundra by Railcar
Yesterday (Sunday, June 12), I had a pleasant ride on restored 621/721 railcar to Cootamundra and back.   The railcar was supposed to arrive in Junee at 10:22 - but there were some unplanned interuptions, which made for some extra photo opportunities 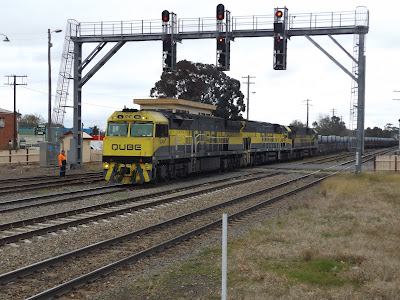 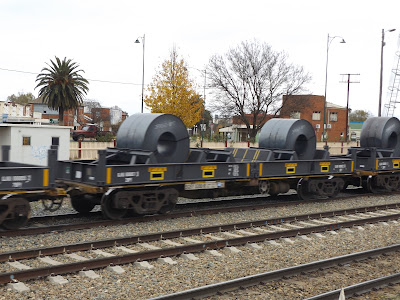 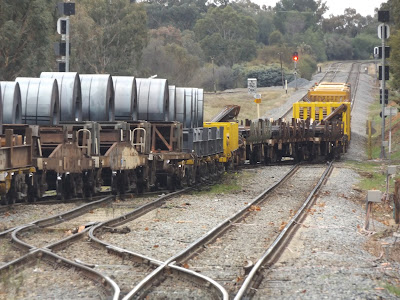 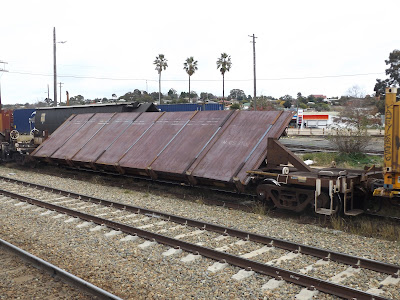 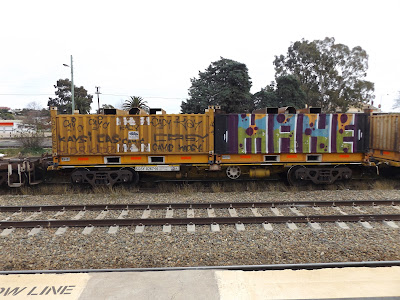 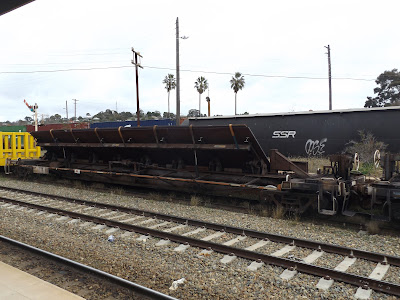 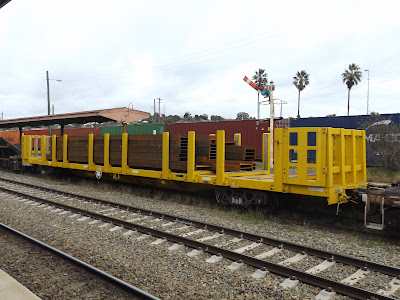 The Down steel train suffered a major engine fault, and it was sidelined to the old disused platform road, awaiting a replacement engine.  Traversing the crossovers was taken slowly.  Once stopped, I could take some pictures - particularly the "out-of gauge" wagons.
Following the steel train, came the VISY container train.  This train is broken up in Junee yard, and shorter shuttle trains are then sent to Harefield Intermodal yard.  I get to view (and hear) these shuttle trains - regularly hauled by alco power, heading up the 1 in 49 grade out of Junee. 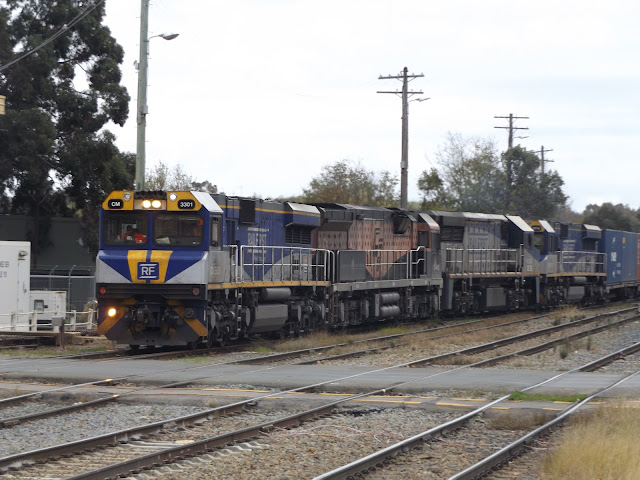 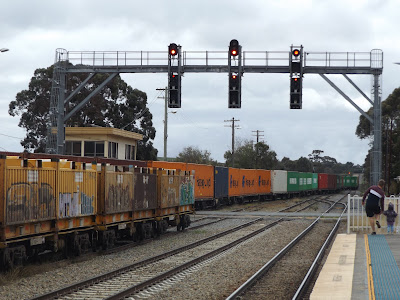 I understand, after  speaking with the driver of the Visy Train when we returned from Cootamundra, that one of the engines was taken off the Visy train, and added to the Steel train.
We still had longer to wait for the railmotor.  The Griffith Explorer train was also running late and had priority. 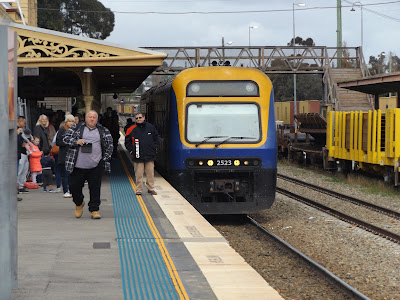 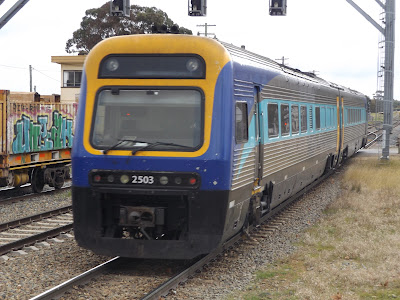 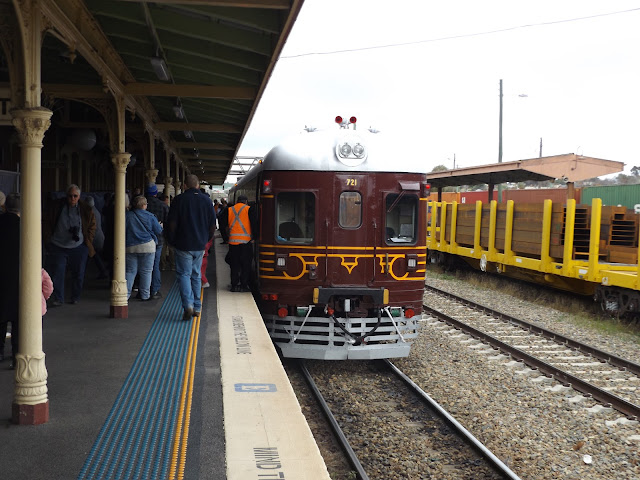 With the weather so gloomy, there was little point in trying to chase the railmotor back to Cootamundra in the car, in the hope of capturing a great picture.   In any case, it was a good day.
Until next time
Posted by Rob Nesbitt at 23:36 2 comments: