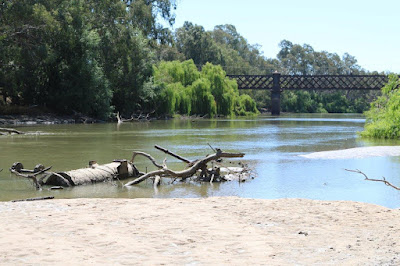 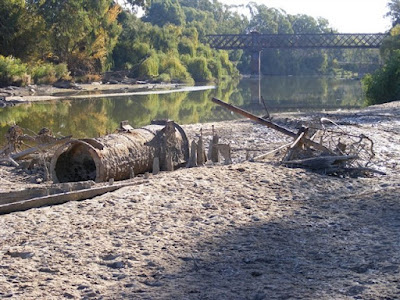 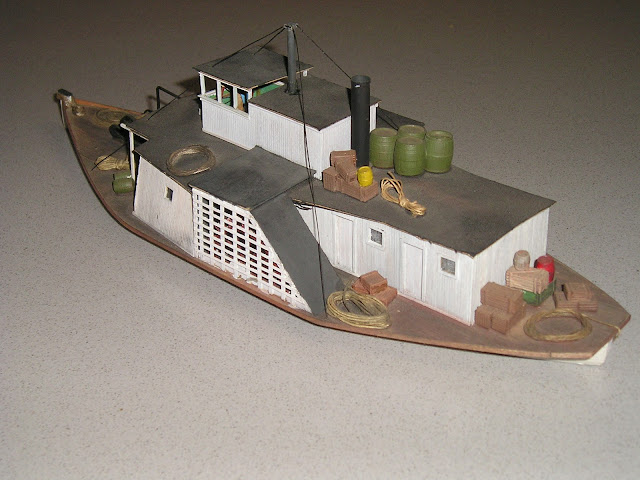 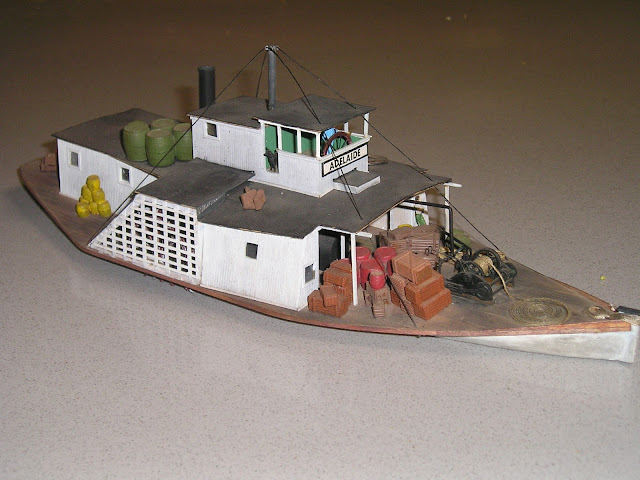 Compromises are something we all have to deal with .  On a model railway, almost every decision is a choice between alternatives,  and  there is a trade-off between speed of construction, the size of the layout,  materials used, money spent, and satisfaction of the finished product.


The Murrumbidgee River bridge is a model where I have tried to push my own modelling standards, at the expense of money spent, and time.  I am fortunate that I am not up to my armpits on actually building the layout proper at the moment, as the goal  to get trains running would have me working on other tasks.  The layout room build is still some way off.

Even so, I am glad that my bridge model is not full length, as the construction of the shortened version  has become  a marathon.  The end is in sight.

The trackbed of the real bridge consisted of 2  metal girders running the full length of each span.  Sleepers laid across the top of these 2  girders.  The Uneek kit supplies 2 thin stripwood lengths to substitute for the lengthwise girders.  The assumption,  although not stated in the Uneek instructions, is that one will use flextrack for the bridge track.  Simple and quick.  Well, this was a compromise that I wasn’t going to take.  It looks wrong

I lacked measurements of the lengthwise girders, although my own detail photos gave a hint of the size.  I also needed to maintain the “loading gauge” clearances for locos and rolling stock, so they couldn’t be too thick.

I checked the Greg Edwards data sheets (sheet P13) to get some ideas of the measurements on unballasted bridge decks.  The sleepers are spaced about 11mm apart for HO (just under 3 scale feet), and the sleepers are longer than sleeper length on ballasted track   Searching my supplies, I re-discovered a Campbell’s packet of 500 bridge and trestle ties, and rather than make yet another pair of metal girders, I thought the 10” square North Eastern stripwood would work.

Eight lengths of 10” square stripwood were painted grimy black to match the colour of the bridge spans.  Calculations showed just over 200 sleepers were needed.  I painted these sleepers white in batches over a few days.

Fitting the sleepers to the girders is as pictured.  Make sure that everything is as square as possible.  I am using PVA glue as the adhesive.   I am also building this on a sheet of glass, to stop any twists, and bumps

The rail is stripped from Peco SL100X flex track   Yes, Code 100 – which is yet another compromise.  My experience with code 100 in the past with “12th Street Yard”, and “Yendys”  has been fairly positive, provided the rail is painted.  Removal of the shine on the sides of the rail is the key to hiding the rail height.   On the forementioned layouts, I sprayed Floquil “Roof Brown” on the track – including the sleepers, cleaned paint off the railhead, and ballasted afterwards.  Spraying the rail once it was down on my bridge isn’t possible, so the rail has to be painted   first.

Having observed handlaid track on many layouts, both in Australia and in the USA, shows that it is spiked directly to the sleeper base.  But to my eyes,  it doesn’t look right.  Something is missing?  Have you noticed?  Every wooden sleeper should have a pair of tie plates, that hold the rail in position. 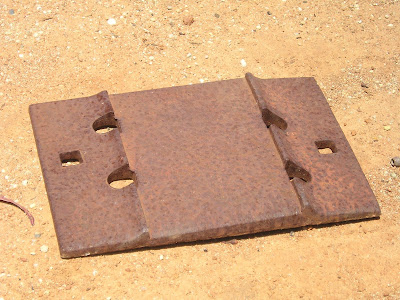 The tie-plate pictured is 20 cm x 30cm in size.  In HO, this is around 2.3mm x 3.5mm.  As the peco code 100 rail track base is marginally wider than scale, I thought I would go with 2mm x 4mm.  I thought about many methods to simulate this on the sleeper.  In the end, I painted  Floquil roof brown onto white paper, sliced off a 2mm strip, and chopped the strip into 4mm lengths.    I have placed no other detail on them.  A spot of glue on the sleeper, and place the paper tie plate in roughly the right position, adjust, and wait for the glue to dry.   Hint, use the tip of a sharp knife (I used a #11 surgical scalpel blade) to spear the paper, and then move it to the glue spot.  The glue will pull the paper off the knife tip, and the knife tip can then align the paper.

I thought I would see if the effect is worth the time and effort.  It is subtle, but I do like it.  What is also apparent, is that the tie plates are not consistently positioned on the sleepers.  I will have to adjust my technique in the future, as the viaduct track will not be hidden by the bridge girders.

Rather than spiking the rail to the sleepers, I used Techgrip Polyurethane  adhesive I bought from Bunnings, and smeared it on the rail underside. With  track gauges to hold the rail at the correct gauge,  apply weight.  The glue goes off slowly, allowing fine adjustments in the first 15 minutes .  Important to try and  get the new track centered exactly over the sleepers.

Checkrails.  I have always thought that raill bridges should have checkrails, but the end view of the cut-up bridge at Wagga only shows the main running rails.  However, I was sent a picture of the Whitten truss bridge at Woolbrook, and it has checkrails.

Interestingly, the rail appears to be spiked directly onto the sleepers, with no tie-plates.  This is good, as that means that the check rail will be slightly lower than my running rails, so they may not lose the paint during track cleaning.. The check rails were painted, bent to shape, and glued  between the main running rails

Attach the track base girders to the Whitton truss with adhesive.  In this case I used PVA glue.  The glue takes a few minutes to go off, which allows for adjustment, but also if I ever need to remove the bridge deck, then the glue can be pulled apart without undue damage to the bridge deck or the bridge. Again, make sure the rail is centered. This is the last chance to get this right

I have fitted  fishplates to the end of one bridge span, as I want to be able to separate both spans for storage.    My goal with this series of Blog Posts was  to complete the 2 main spans, and lay track.  Actual installation on the layout is in the future, as the process to create my train room out of half my garage is ongoing.  Decisions on the river depth will then be made, installation and weathering of the plaster piers, as well as the construction of some of the connected viaduct.


Until next time,  build a model or two.  Happy modelling
Posted by Rob Nesbitt at 21:29 2 comments: