Awning Painting for the Wagga station

The secret to successful painting, is subassemblies.

During the build of Wagga Station, I spent a lot of time considering how I would go about painting the model.  Whilst the main red colour was sprayed, the masonry decorations were brush painted.  This work had to happen before the awnings were added.

With a kit, one could trust the kit manufacturer to have all the dimensions correct, and things such as awnings and verandas could be treated as a subassembly, and prepainted prior to final fitting.  But, my Wagga station, all the parts had to be cut and shaped to fit.  So a lot of thought was put into designing a method where the parts could be disassembled after fitting for painting, and perhaps lighting down the track

Still have the downpipes, and other small detailing, but Bob, in a comment last blog, asked if I would be making the two other buildings on the platform.  These are the Gents toilet block, and the former Parcels store.

So, here is a hint for a future blog post.

The last major part of the main Wagga station building remaining was the platform awning.

In 2020, I had measured, and photographed the platform awning 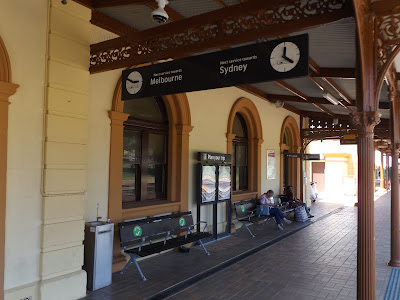 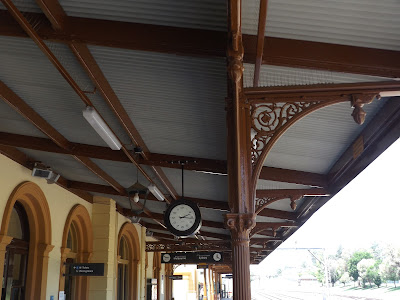 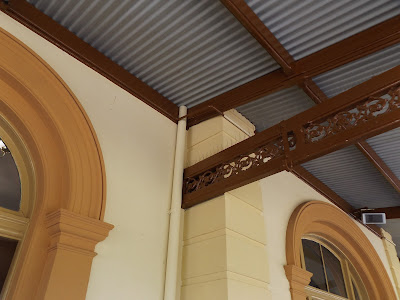 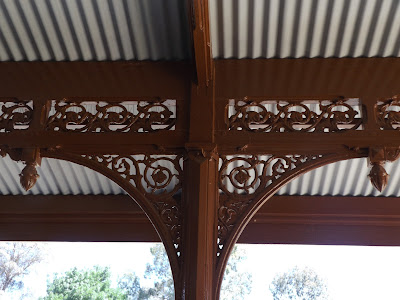 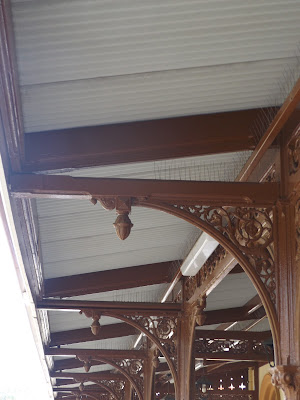 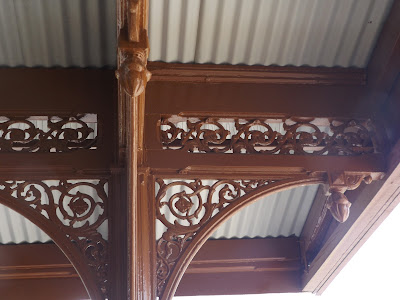 I provided those measurements and pictures to Ross Balderson, who had earlier offered to draw them up in Corel draw.  In February last year, Ross asked that I bring the partially constructed station to an NMRA meeting over in Canberra, where he could test the drawing against the model.  Most worked out, except for the dimension across the gable walls on the platform.  It turned out that I had mismeasured by 2mm.  The 2mm compounded out to almost 1cm across the entire platform length.  Fixing this in Corel was straight forward.  Ross then used his connections, and after a process taking about 6 months, the etches arrived. 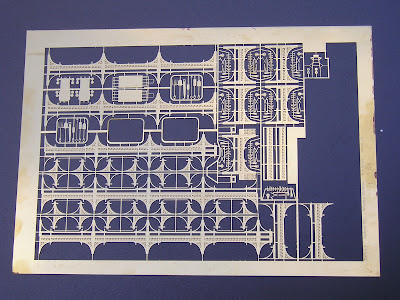 It was with some tripidation to find out if the platform etches actually fitted.  Ross had designed the etch to be joined in 2 places to get the full width - which worked well.

To my absolute relief, the fit was near perfect.  Parts aligned correctly.  The only modification was a small extra length on the ends of the long etch - and this was there just in case.

Perhaps I am being dramatic, but knowing how many measurement compromises, and scale reductions I had done to make the main station, having the etches fit was a minor miracle. 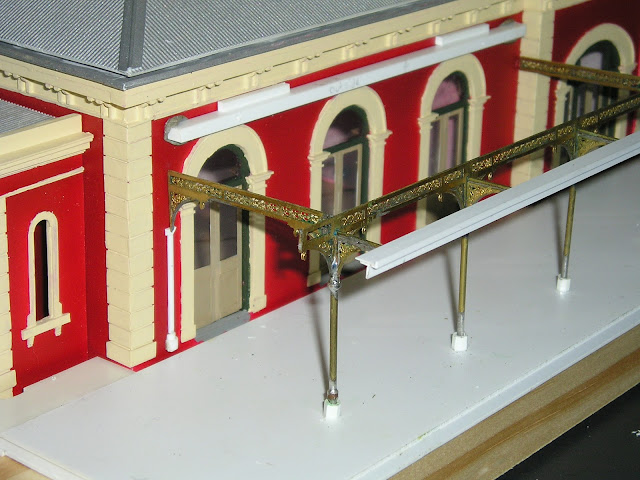 I am tickled pink to get to this point. all the major construction is now compete.

Next stage of the station build is the painting.  I have already made a start, but I will leave that for my next blogpost.

Stay safe, and build a model or two.