This topic is now a reality with many options to build a model railway layout.  The choice is one of your skills, availability of models, time, ambitions, space constraints, and the depth of your pocket.  How you get there will be your journey.

How did I come to concentrate on Wagga Wagga, rather than something else?

I started in HO/OO with a Triang brand train set.   The track was attached to a sheet of plywood, and whilst it allowed trains to run, it lacked scenery.  The lack of scenery allowed my parents to store the layout on edge in the garage – where it spent probably 50 weeks each year entertaining the spiders.

The Triang range also had a number of pre built structures, but my parents didn’t buy me any of those.  What they did buy, were Airfix lineside kits.  So I gained skills in kit building, and this probably influenced my future buying habits. 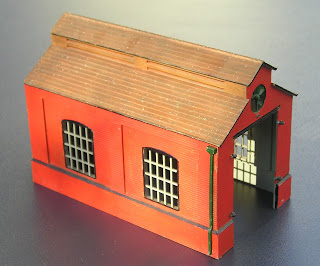 In the 1970s, I finally got a permanent space to house the layout, and add some more tracks, install some scenery.   This phase stopped when I headed off to Uni; the layout was dismantled, and track sold.

During my time in Sydney, I “discovered” AMRM, and liked the idea of modelling Australian – a prototype that I had experienced first hand.  Apart from the limited range of RTR models from Lima, and brass locos that was unobtainable on a student budget, everything had to be built from kits, or scratch built using plans that appeared in the magazines.

I bought my first NSW model kit in 1982 after starting work in Canberra – the Camco FO coaches.  These went together fairly well.

The 1980s were a great time for NSW kits production.  Whilst starting with the injection moulded (very similar to the airfix models I had built), there were a lot more variety in the resin, needing epoxy glues.  And I could finally afford to buy brass locos

Joining a club was also instrumental in adding to my skills.  Benchwork, wiring, tracklaying, scenery all progressed with guidance from the “old hands”

All the above was adding to my confidence.  I started to modify the plastic kits I was buying, and come up with new wagon types.  They may be a bit crude by my current standards, but I was proud of my efforts then.  But it still was a leap of faith, to buy an expensive loco kit, and successfully assemble it.  And I tried scratch building a few structures, from simple raw materials 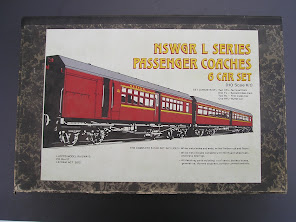 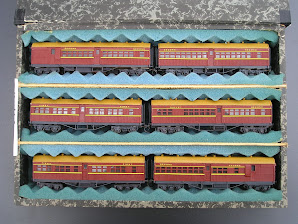 Fast forward to the situation today.

Over the years - I kept buying kits, and now have a large number waiting to be built.  But, you don’t need to buy and build kits anymore – many of the models are now available as ready-to-run, at a standard I would struggle to reach irrespective of the time I spend.  And speaking of time, I now have to weigh up whether I build a model, or simply buy it ready built.

It seems a shame, but the reality is that I simply cannot afford the time to build and detail a model, if I can buy it ready to run.

But I love to build things.

I have settled on modelling a branchline, with mainline attached.  It is based on a specific location.  Many of the structures are simply not available as kits, which suits me, as I enjoy the challenge of research, and scratch building is addictive

Kits will still be built, as it would be a shame to not build them, although they probably won’t be detailed.  Models need to be prioritised to those I can use on the future layout.    And the rest of the unbuilt kits might be sold on, or given away to encourage youngsters into the hobby..  Models I made in the 1980s/90s whilst not up to present standards, will be retained for now.

Over the years, my modelling journey has had many false turns, and failures.  But overall, Model Railways has been an experience that is hard to beat.

Build a model or two