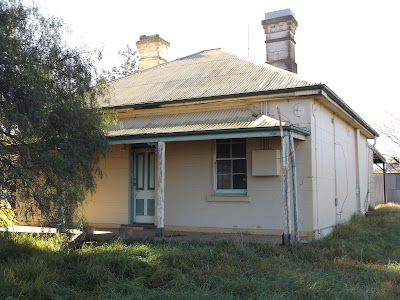 
.
Windows.
Having exhausted all the suitable parts in the kit,  my model of the  SM Cottage was missing a few windows and doors.  Making up replacements is straight forward.
For windows, I take some CD case clear plastic, cut and file a piece to fit the window opening gap.  The mullions, and window surround come next.  I cut out some fine strips of paper to the appropriate size, and then before removing the strips off the paper, paint them the correct colour.  After removal of the strips, run these over some damp PVA glue to moisten the rear of the strip, and then position them onto the “window” glass.   Cut off any excess length
Once the window glass has dried, then glue the glass into the window opening.
Doors.
Generally simpler than the windows, I used some scribed decking for one, cut to size and painted.  The front panel door though was done in much the same way as the windows. Using paper instead of fine veneer

Chimneys
The Bomen SM residence has 3 chimneys, the front 2 are rectangular in cross section, the one at the rear is square.   These chimneys are substantial, and dominate the roofline.
Of all the parts supplied in the kit, the chimneys were a disappointment.  As most of our models will be viewed from above, I felt the  chimneys needed to be replaced.

The roof openings in the kit are for 3 rectangular chimneys.  When I was assembling the roof,  I hadn’t noticed that the rear one should have been square, so  unfortunately I didn’t make any alterations to the roofing corrugated iron.    So I have made 3 rectangular replacements from styrene strip, and trust no-one will notice.   The other compromise is the rendering, rather than exposed brick.
I guesstimated the dimensions from photographs, and used 0.040 styrene for the basic shape,  cut to size.  Detailing the top was done with 0.030 x 0.060 and 0.020 x 0.080 Evergreen Styrene strip.  Joints sanded, and then painted with the Floquil Antique White paint to match the wall colour

Whilst the replacement chimneys are not 100% accurate, they are much  better than the resin castings supplied in the kit.   The chimneys are glued to the roof with white glue
“Lead” flashing is then added to cover the gap between the roof’s corrugated iron and the chimney.  I made this from paper
{Making the chimneys would have been an ideal project for a 3D printer }

Guttering and downpipes
I make my guttering out of 1.5mm “L” angle styrene strip.  Firstly, one has to paint the styrene, and let dry.
Fitting the guttering is a fiddly task.  Super glue to tack each end of the guttering, and then reinforce the joint with a bead of PVA white glue.    Even so, the guttering is prone to damage, so be careful in handling your model.
In the future, I might want to add  lighting and wall partitions,  Thus  have left the roof removable.  It is held securely with the kit’s deep positioning tabs.   Two downpipes are attached at this stage.  I have made these from 4" scale brass rod.  The one on the RHS of the cottage is attached to the wall with fine wire, twisted, and inserted into hole drilled in the brickwork.  Note the strange angle this downpipe has - approimating the prototype.

Finally.....
Electrical distribution box to the front porch.    I noticed after I took the model pictures, that I still needed to make  some door knobs, and apply weathering  powders to the roof.    Once I have the model on the baseboard, then extra details, such as paths, clothes line, shrubs, fences, and sheds can be added

In summary,  another great model kit  from the Stuart Walker range, one that can be modified, and detailed to fit a specific prototype   Don’t be afraid to replace any components that are wrong, and challenge yourself in your modelling 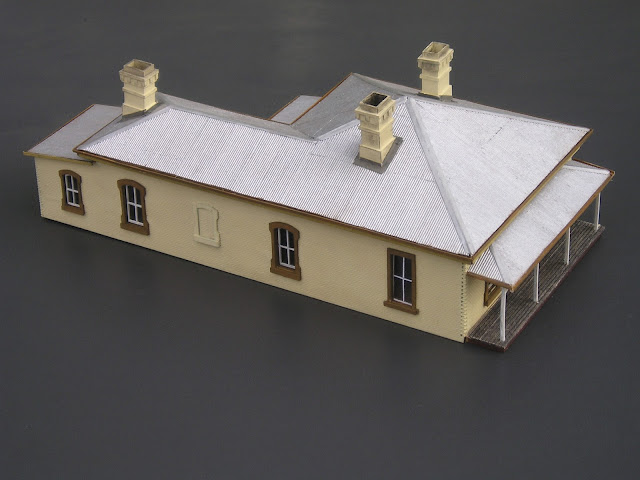 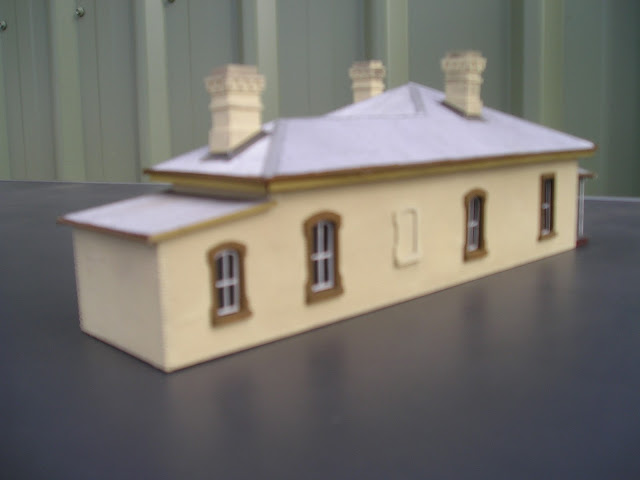 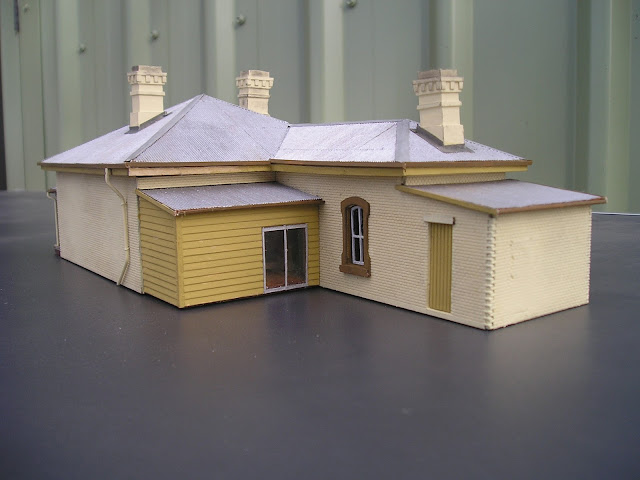 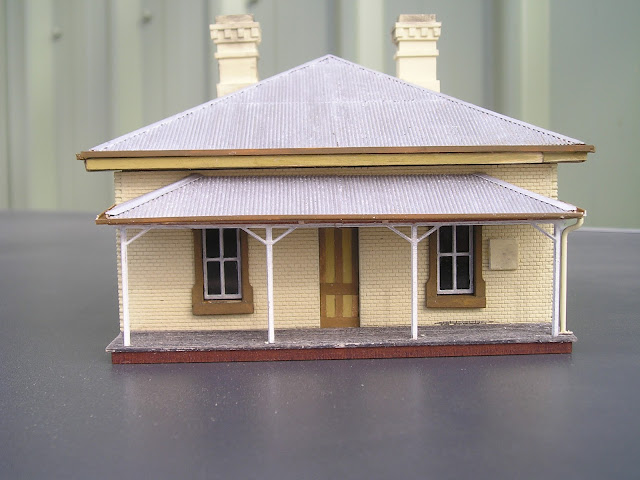 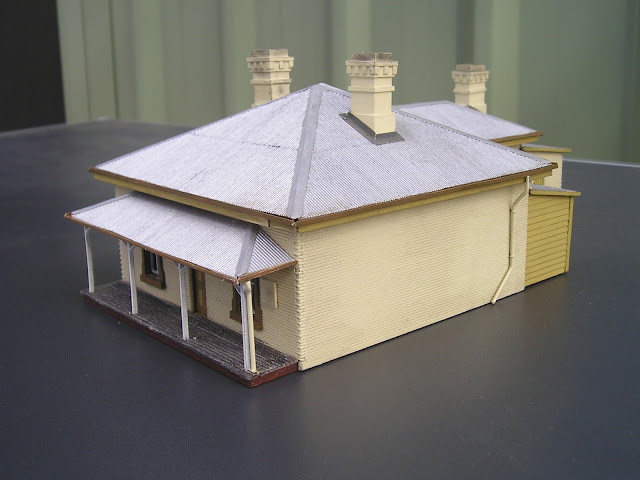