Even if was not trying to model the Tumbarumba branchline, the station building deserved to be modelled.   I was fortunate in being able to photograph the station in 1980 before it was demolished. 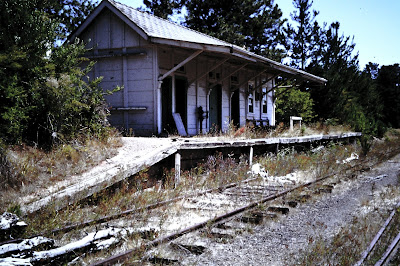 The station is a prefabricated design, close to the NSW Pc3 design, but predated the Pc3 by a couple of years.  At the 2017 Malkara scale model exhibition, Casula Hobbies were selling the Rail Central Pc3 kit at a discount, and I acquired one kit.  The kit comprises of all main detail items, 6 windows, doors, downpipes 2 water tanks, roof, awning, and the steel support frames that support the rear of the building

Train Hobby, and Tumba Rail have both published pictures of the station, but I cannot show these for copyright reasons.  Fortunately I was able to locate some additional pictures from the NSW Rail net internet, in particular, the rear shot, which I had nowhere else.  The rear side is how the station building will be seen from the aisle on my layout, so I am indebted to the photographer.. 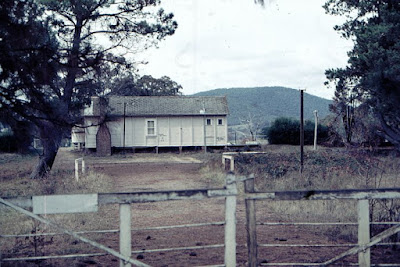 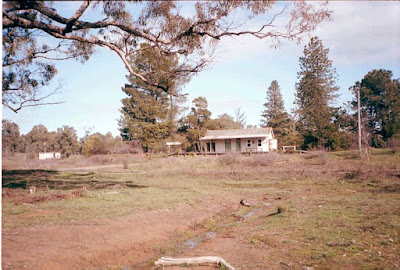 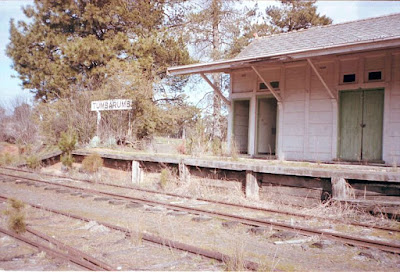 Compared to the Greg Edwards data sheet, the Pc3 kit is very accurate.  I compared the photos of Tumbarumba to the kit, and found that rearranging the panels of the kit's front  would match Tumbarumba, the rear was just too different.

So I made a decision to scratch build both the front and the rear from styrene, and use or modify everything else. 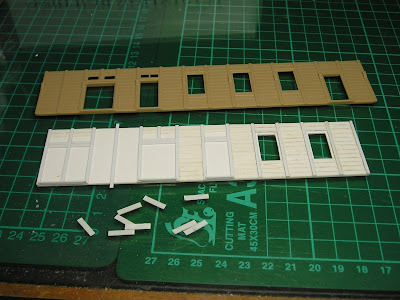 It took around 2 weeks elapsed time to finish the task (I had seriously  underestimated the time needed). 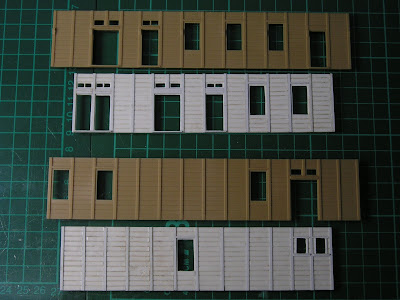 The roof sections also needed to be reduced in size. 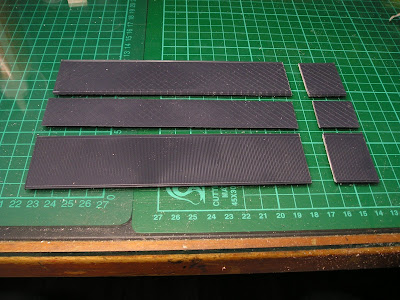 The walls were then glued together, and attached to the base (also modified from the kit).  Note the   the roof support awning corbels lower down then the Pc3 kit 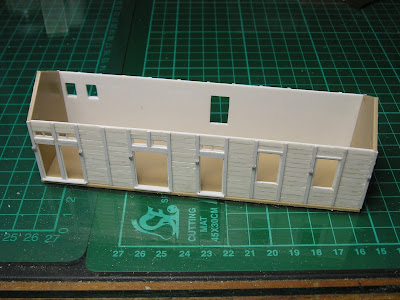 Tumbarumba sits at 645 metres ASL, and normally expects a snowfall each winter.  So it gets cold, and heating is necessary.  In the prototype photographs you will note an external chimney.  As a stroke of luck, I happened to have 3 detailed resin chimneys in my "spares" bin.  These were made by "Empire Trading" and I have no idea where I obtained them, what cost, or whether the company still exists.  But, as far as I was concerned they are 100% correct.  I know I will have to extend the chimney to the ground once I elevate the rear of the station, but for now, I epoxied the chimney to the rear side of the station. 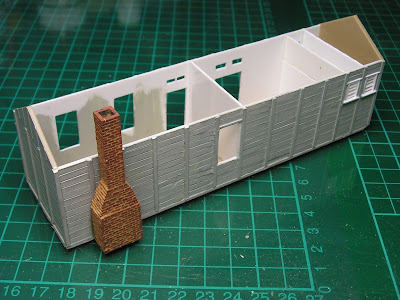 Painting had commenced.  I used Tamiya Deck Tan for the off-white of the station - looked quite good as a match on the workbench, until I got the station outside, the deck tan colour morphed to a pale green

Fine detailing continued.  I fitted internal walls (more of a brace, windows, toilet,  vents, and doors.  The roof was further modified to accomodate the chimney, and added a valence to the roof end that was sliced off.  Lastly, downpipes were installed at one end.  The water tank won't be installed until the station is planted.  Colors for the roof sheeting (asbestos?) was Tamiya RLM Grey, and Tamiya silver.  The terracotta tiles were painted in a terracotta craft paint.  Guttering with Tamiya German grey - a good match for the downpipes.  I weathered the roof sheeting with yellow pastel powders, where a darker brown on the corrugated iron sheeting of the awning 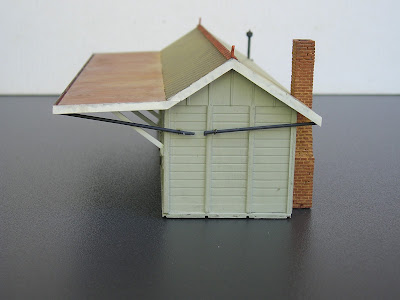 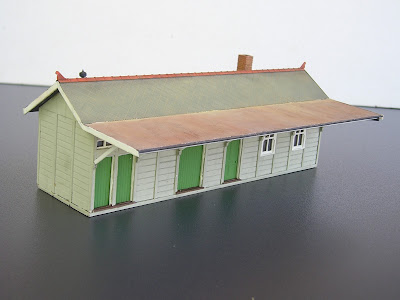 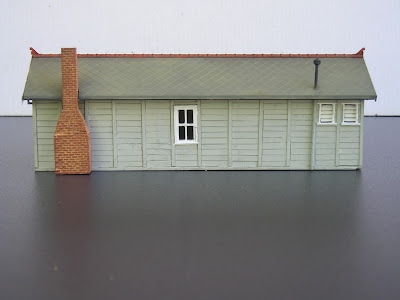 Final work on the station will have to wait until I build the station platform, and sculpt the earth bank.  The Pc3 kit has all the building supports, so I don't anticipate any further problems.