Bomen is located on the northern side of the Murrumbidgee River bridge, and viaduct.  It actually predates Wagga, as the main line opened in September 1878.  In fact, Bomen was originally known as “North Wagga Wagga” when it opened.  As befitting a terminus station, a 2 track engine shed, inspection pit, and engine facilities were established, along with a fine station building.  A new town also sprung up – it is said that there were over 16 hotels.

The river bridge was completed in 1879, and trains were able to run to “South Wagga Wagga”, and later to Albury.  The engine facilities were relocated.   The name “Bomen” was adopted in 1882.  The  town that had come about due to the end of the railway line faded away, as almost everyone moved south to Wagga Wagga.
Bomen station survived as a crossing loop/staff exchange, loading ramp, and  a large abattoir.  Wagga City council was keen to grow Bomen as an industrial estate in the 1970s. 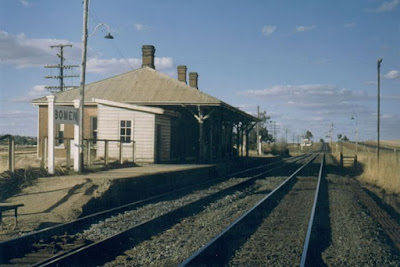 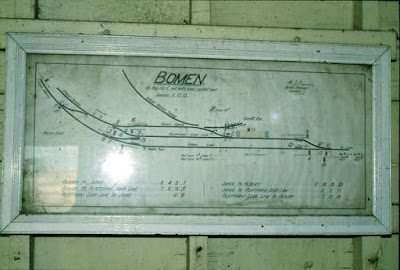 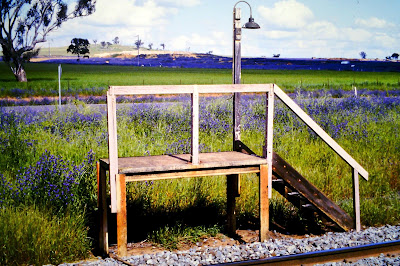 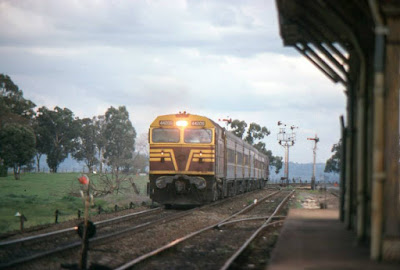 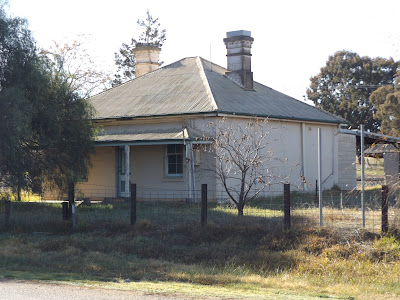 A rough timeline.
1952 signal diagram shows the abattoir, including sidings for stock unloading
1975.  Weekly notices have the establishment of a cannery (now run by Heinz), with a siding off the abattoir siding.  Freight rates for shunting this siding are $2 a wagon
1975. Weekly notices also mention a siding to “Hollanders”, which I understand was a leather tanning operation. Freight rates for this siding were $2.50 a wagon.  (The Hollanders siding attaches to the goods siding from behind the station building)
1979.  Saleyards closed in Wagga, and moved to Bomen.  A long siding was established off the “Hollanders” siding


1983.  Fuel depot created (as fuel depots in Wagga were closed), and pointwork also off the “Hollanders” siding 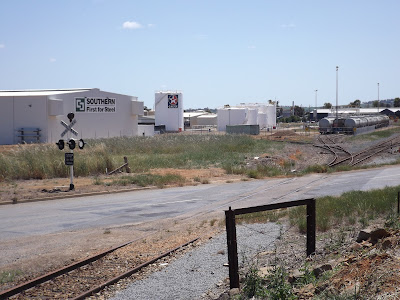 [Sidings at rear of station building - Left to right beyond the level crossing - , Hollanders, Caltex, Stockyards, and Austrak] 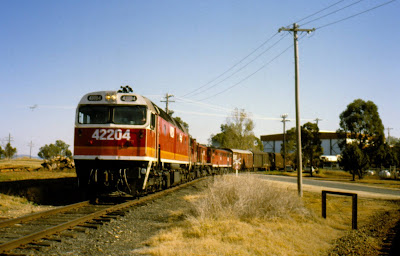 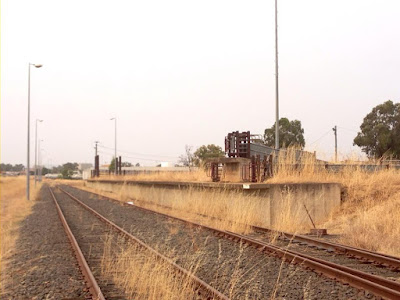 [Stockyard sidings were used for headshunts, and equipment storage] 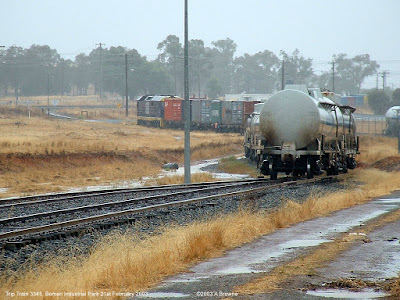 [Shunting of the oil wagons onto the stockyard siding] 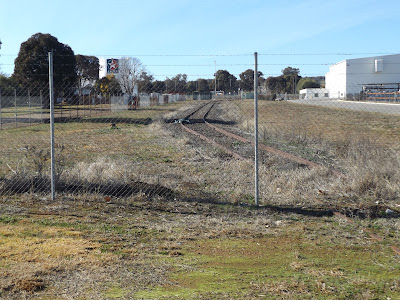 [Hollanders Siding was reasonably lengthy, and had its own right of way through the Bomen estate] 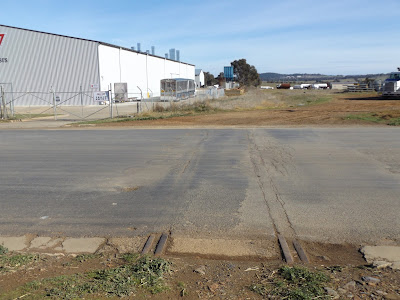 [Hollanders Siding crosses Lewington Street, and ends up at a concrete block loading dock.  The tin shed that was once there has long gone] 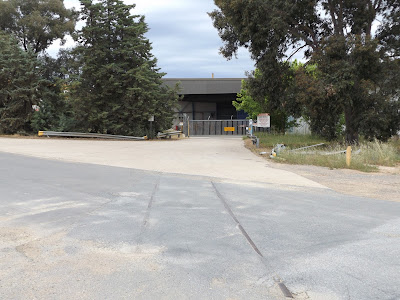 [Rail approach into Heinz Cannery. Inside the building, the track still exists] 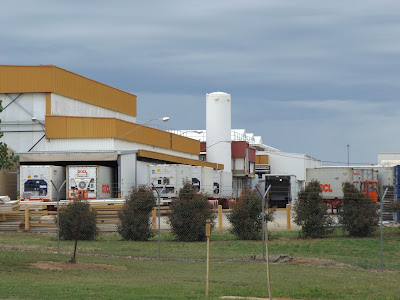 As an operational layout, I am going to try and incorporate as much shunting interest as possible.  And this does mean that I will be stretching the 1970 timeframe a little.  Both the Cannery, and the Tanning facility will get modelled.  The stockyards, and fuel depot however, are essentially just relocated from Wagga, so I see no advantage in moving them to Bomen.  The other constraint is space;  I estimate I have around 4 linear metres for Bomen, and at most 600mm wide.
-----------------


By 2017, Bomen has grown considerably.  The platform signal box, mechanical signals and staff exchange platform disappeared in 1983 with the introduction of CTC.  A small intermodal facility has been set up in the yard in the 1990s, Austrak created a concrete sleeper fabrication facility a short time later.  Unfortunately, both the abattoir and cannery have lost their rail sidings.  “Hollanders” relocated within Bomen, although the long siding and loading dock they used was abandoned.  The saleyards sidings saw their last stock trains by 1989, however, the sidings were retained for rail storage, and headshunt purposes.  The crossing loop was extended about 5km towards Shepherds Siding.  As oil trains stopped in NSW around 2007, the oil depot saw no rail activity until last year, when all the wagons were recovered.  The oil sidings and stock sidings were pulled up, and new roadworks for the future Genesee and Wyoming intermodal were created.  And in October 2017, the old pointwork on the Austrak siding was removed, and new concrete sleepers  laid.   The Bomen station and platform remains, heritage listed, although it is unmanned.  The Station masters cottage is still standing, it too  no longer occupied.   The gatekeeper cottage/gatehouse is long gone, and interestingly, the automatic level crossing lights and bells that replaced it are themselves out of use due to the aforementioned intermodal roadworks 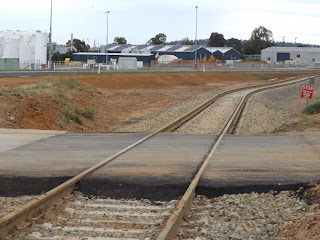 [ The trackwork as it exists today.  This track was only installed last week (October 2017)( The Caltex oil depot is still visible in the background, but all pointwork has been removed.  The siding now serves just one customer - Austrak.  The original road at the back of the station, has been reworked onto the old stockyard siding alignment - part of the new intermodal yard - 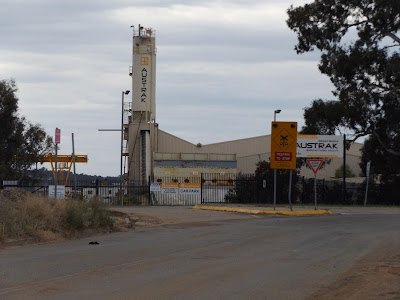 [Austrak - the siding is to the LHS of the picture]

I want to thank all the people who have supplied me with photos, particularly Rod S, and the Wagga Rail Heritage group, and Pete N for access to records.  A number of  pictures too by the late Andy Browne have added greatly to my appreciation of Bomen