Up the branch to Tumbarumba

The line from Ladysmith, to Tumbarumba saw its last train in 1974.  The stations at Tamboola, and Coreinbob won't be modelled on my Wagga layout,, but the next station, Borambola will be. 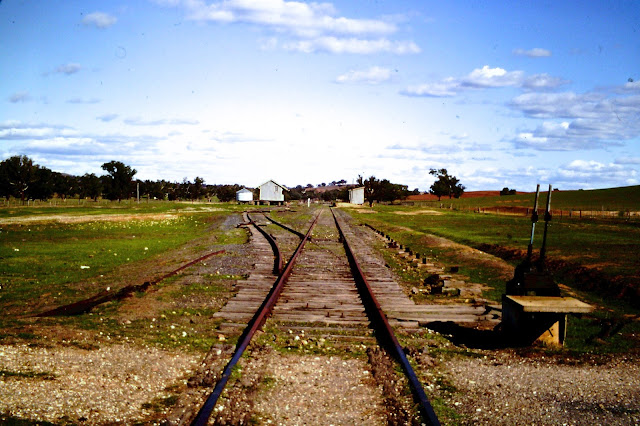 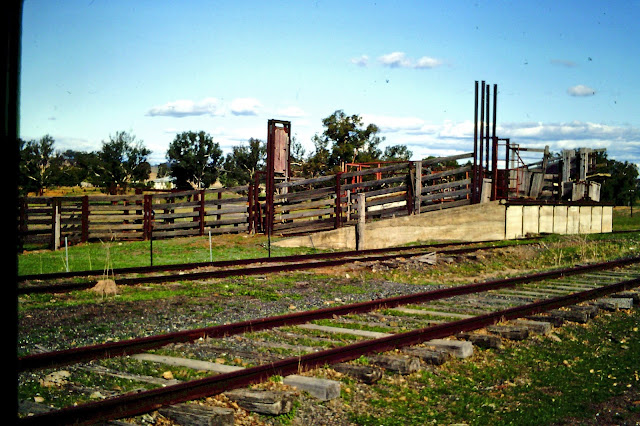 Borambola had a loop for the G2 goods shed, and a small waiting shelter. This shelter replaced a more substantial building, that one relocated to Uranquinty in 1935.  Another loop further on was for the stockyards, which were in fairly good condition.   I am also planning on my layout to re-instate the water tank which was removed in 1971. 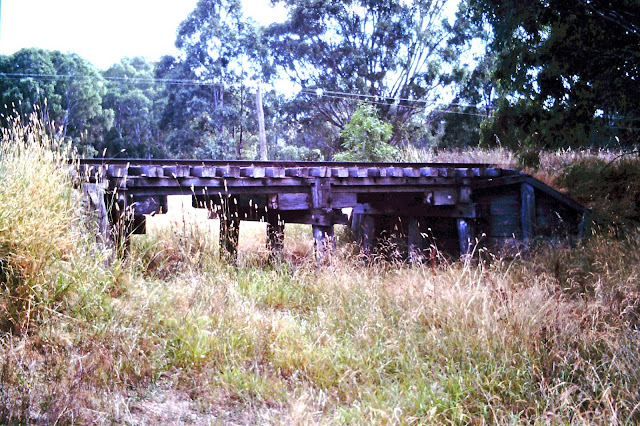 This section of line also contained many small bridges, and I hope to include a few on my layout 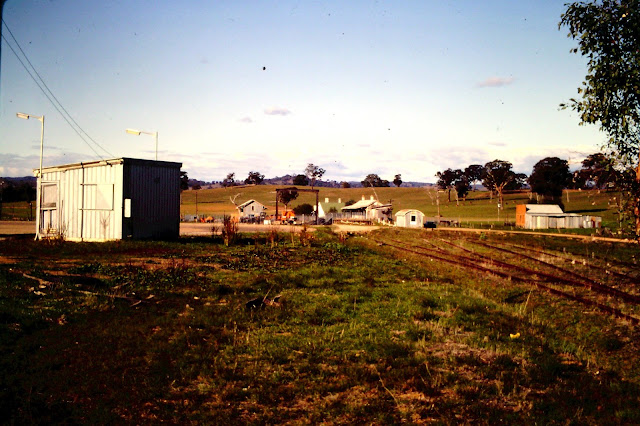 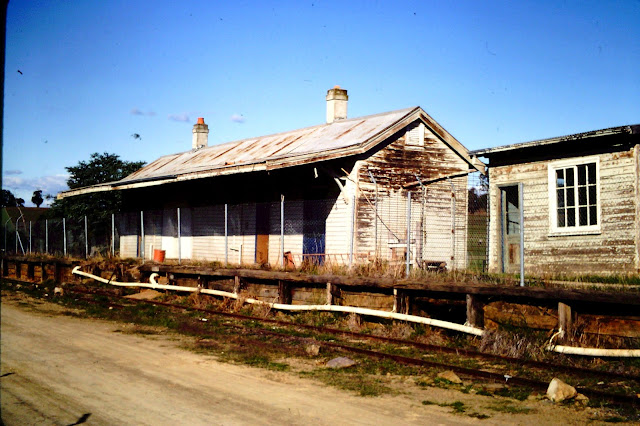 After Borambola, the line passes the unofficial halt of Edwards Crossing, before reaching Tarcutta.  The section of line over Tarcutta creek was washed away in the flooding of October 1974, and never restored.  By the time I had a camera, and car in the early 1980s, the Tarcutta station, and area was being used as an RTA road manitanence depot.  Unfortunately, bushfires have now further destroyed the scene.  Whilst I am not able to include Tarcutta, many of the features are similar to Ladysmith.  The signal box (a plan appears in Dec 1986 AMRM), was identical to Ladysmith - although Ladysmith's box was removed, along with the extended platform in 1969 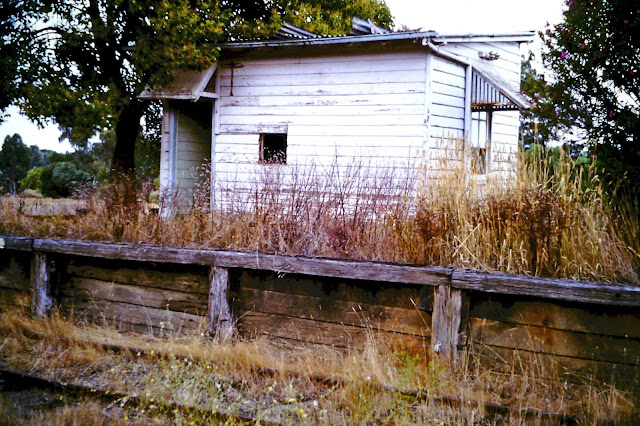 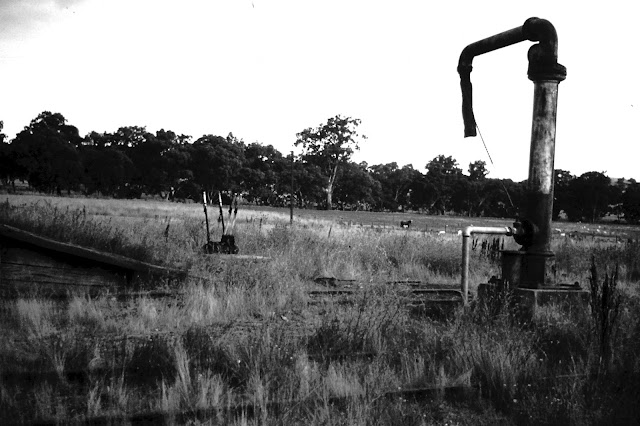 Humula is reached after passing the small station of Umbango Creek.  The station building had been removed shortly after the line fell into disuse, but the signal box remained, along with a water column. Of note is the point levers outside the box - I understand that the signal box had the staff instruments, and operated the signals only.

Humula also had an operating sawmill adjacent to the rail yards, and stockyards 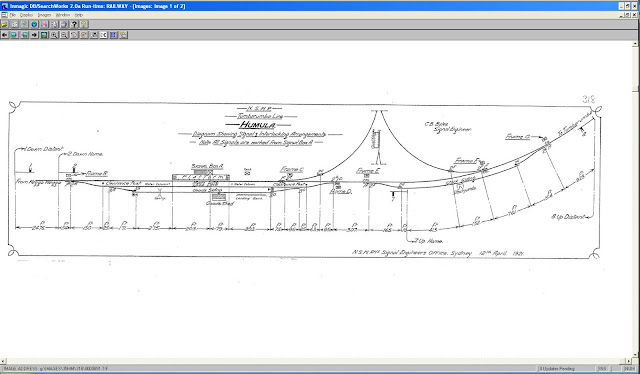 Diagram from the ARHS CD of NSW station diagrams

Humula also had a triangle for locomotive turning, with a small coal stage on the point of the wye. This triangle was installed because Humula was  the terminus from 1917 through 1921.  The tracks were still connected as late as an ARHS tour in the 1960s and far too tempting to not have for my 1970 period. 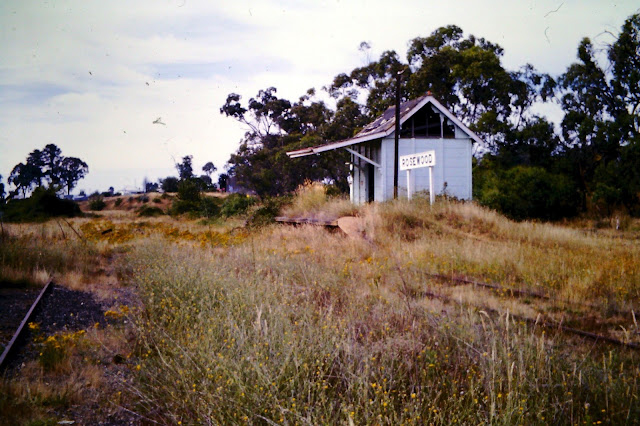 Rosewood opened in 1921.  Between Humula, and Rosewood, the line passes through  forests, sweeping curves, and a 1 in 40 grade.  Rosewood station is a typical NSW ferro-concrete prefabricated structure.  Due to space constraints, I will be unable to model this , or any others until I reach Tumbarumba 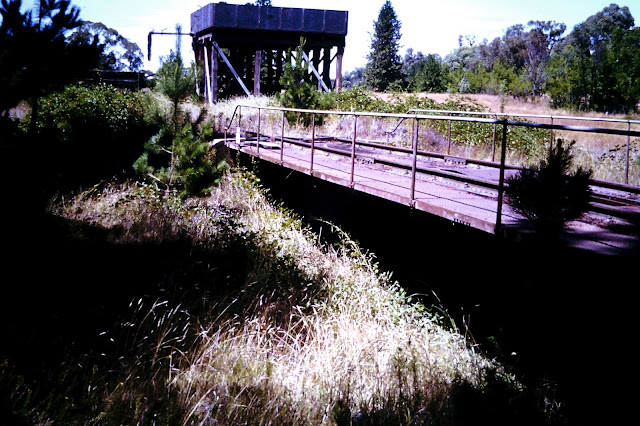 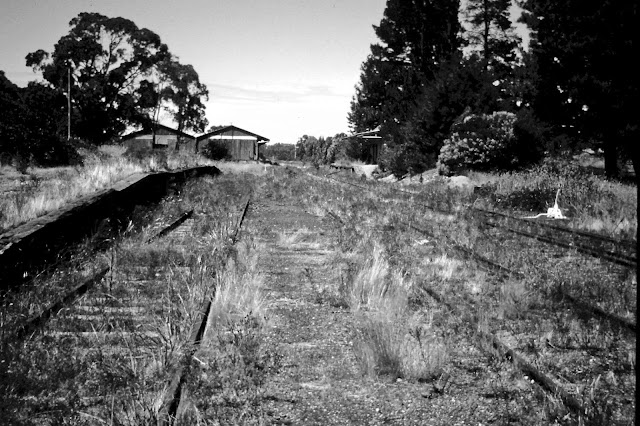 Looking at the yard towards Wagga. Note the potato grading shed on the LHS 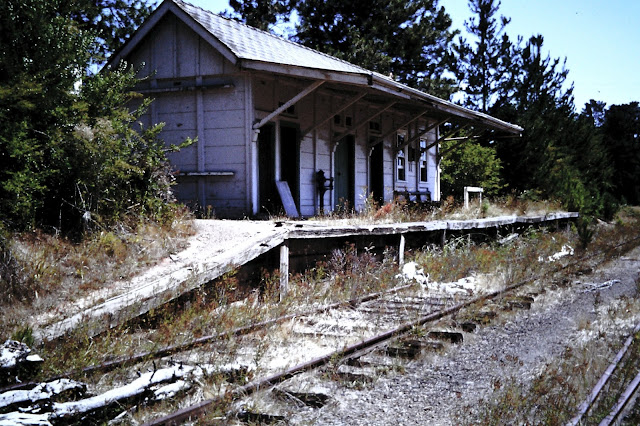 Station building in Dec 1980. Note the platform scales have not been stolen 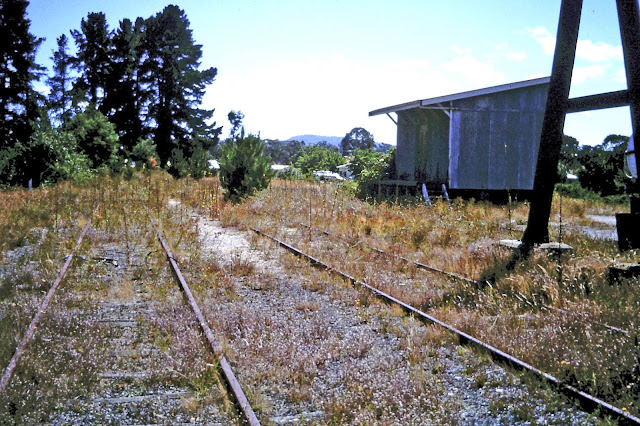 I am hoping to model most of Tumbarumba on the upper deck of the layout (above Bomen)   Fortunately, there are some excellent photos in the Train Hobby "NSW Branchlines - Riverina District" book, as well as the booklet put out by Tumba Rail and Wagga Wagga Rail Heritage groups "The Wagga Wagga to Tumbarumba Railway - 'Why was it Built'"  to fill in the substantial gaps in my own collection of slides.

And a final note. the pictures here are all taken by me on slides, and my elcheapo, but quick slide scanner does not do a very good job. I have enhanced most of them with Adobe Photo Elements software, but the few where the colours were too far gone, have been converted to B/W.  The slides themselves though are a mixture of Kodachrome, and Agfa Colour - the agra colour tints have started to drift, but not as badly as my scanner results show.