A Splash of colour

Almost everything that I attempt in this hobby takes longer than I initially imagined.  Such is the case with the Wagga station.  At the end of the last blog, I thought I would be well advanced on the painting within 2 weeks, but my actual progress has fallen well behind that ideal.

The first activity was fabrication of the two toilet wing extensions.  These would be my template for testing out my paint colours, and technique.  Both extensions are very similar.

My paint of choice for spray painting plastics is acrylic - namely Tamiya.  However, I don't trust myself with mixing colours consistently.  I have had some success in the past with Taubman's sample pots, and a trip to Bunnings co-incided with other activities in Wagga.  I selected "Streetwise" to be a close match for the dark red, and "Bamboo Cane" was close to the cream.  Cost was around $4.50 per 250ml pot - a bargain, although you would be unlikely to get close to using it all.

Sample pot paints tend to be a lot thicker than hobby paints, but can be thinned successfully with Tamiya thinners for spraying, or brush painting.

Step 1, was to clean the plastic with detergent, and then metho with a cotton bud.  Allow to dry

Step 3. Break out the brushes.  First paint the roof  ( Tamiya Aluminium ), and  very carefully brush the cream colour around the windows.

Step 5. Finally paint the blockwork on the corners.

Handling the model is normally with the corners - so keeping paint clear of that area should hopefully prevent cream coloured fingers from spoiling the red.

What I have found?  The red colour bleeds into the cream.  This could be not allowing the red to fully cure (impatience on my part).  The cream also needs more than one coat.   The streetwise red didn't dry quite as dark as the Taubman's colour chart had shown - but it isn't too far off.  Maybe a second coat would help?  Painting the trim is at best fiddly, and very time consuming. Plus it is for me impossible to paint the edges of the 0.020 thickness of the trim to get a sharp line with the wall.  Had the windows been assembled independent of the station walls, then they could have been painted prior to insertion.  With 3D printing, this should be possible (note for self).  Masking is an option, but the curves of the arches would make this extremely time consuming.

At least the station roof is removeable for painting. 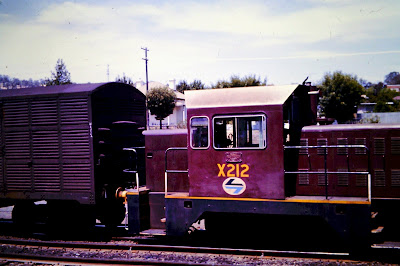 The X212 shunting tractor was the captive shunting engine at Wagga during the 1980s when I had access to a camera and a car.  So it was, and remains a firm favourite.

A long while ago in the 1990s, Bergs Hobbies announced a whitemetal and brass X200 kit, and I bought one, and of course, it had to be X212.  I was quite proud of my little loco - fitted the siderods, glazed, fabricated the decals.  It used the Tenshodo spud drive - so was probably a bit quick - but the extra weight made it very powerful.

A few years back, IDR announce the X200 tractor as their first RTR model.  Of course, I needed one - but knowing I had X212, I bought X207 - another Wagga engine.

Last month, A seller on ebay listed a used IDR X212, fitted with DCC and keep-alive.  Price was a lot less than my original X207 purchase, and even less than the current reduced IDR RRP  I couldn't help myself.  After a short bidding war, I secured the model.

The model performed well on my test track.  As people might know, I presently don't have a layout, but I am going to Yass this weekend for an operating session on Kangaroo Valley layout, where I have been given permission to run my X212.

A sign of reducing Covid restrictons - a tour train visited Junee yesterday (March 11, 2021)  4204, and 42103 hauling 15 coach Southern Aurora set.  Rain held off for me to capture these images.  The southern aurora is a train that will be making an appearance on my Wagga layout - Auscsion 10 car set. 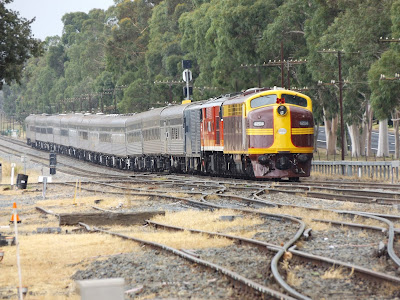 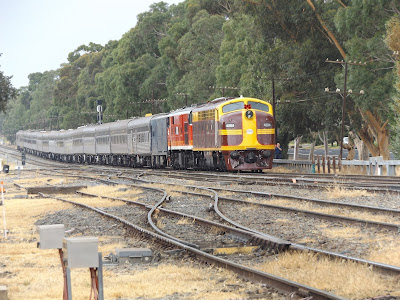 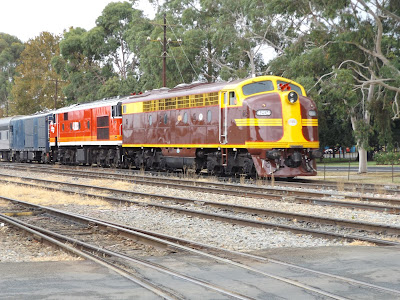 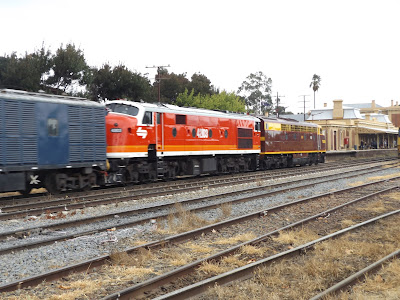 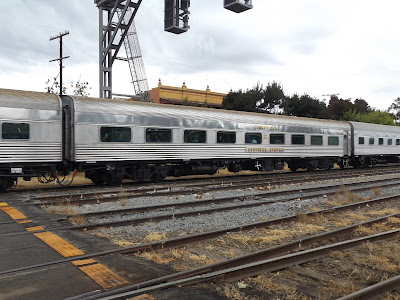 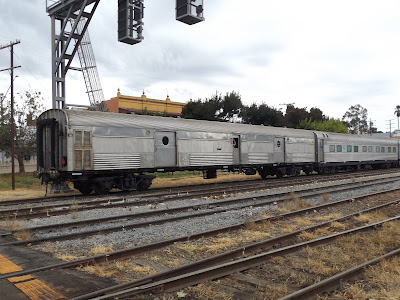 A final shot from the camera of Pete Neve shows the train on the branch - nearing the former station of Rock View.