The next structure at Ladysmith is the C2 toilet block, plus lamp room.  In the small booklet, "Wagga Wagga to Tumbarumba Railway - why it was built" (by Tumba Rail 2016), has a picture of the Ladysmith station building, with a C2 toilet block just visible in the background.   Unfortunately, I do not know when this structure was demolished, but the book does state that the Forest Hill station, and toilet block lasted to at least 1975 - which postdates my nominal 1970 date.  I am assuming that the Ladysmith block lasted beyond 1970

When Tumba Rail took over the lease of Ladysmith, they constructed a look-a-like C2 toilet block, but modified the lamp room. 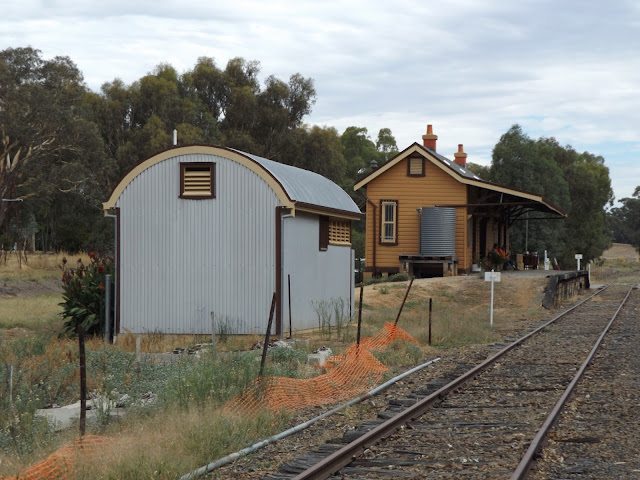 Greg Edwards Data Sheets has plans of the both the C1, C2, and C2 + lamp room structures, and I used these sheets to cut out the shapes from 20 thou styrene sheet. 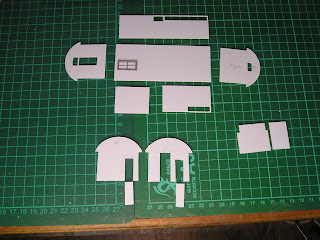 The curve on the roof was a challenge.  After getting one curve sort of close, I used that as the template for the others.

For the lamp room, I needed a window, and I discovered a very close match with a  Grandt Line window in my surplus window parts bin.  After scratching the Ladies windows on the Ladysmith station building, I was looking for shortcut. 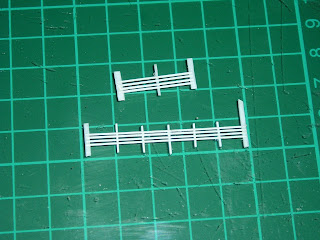 The vents for the gents area were constructed from thin styrene strip. 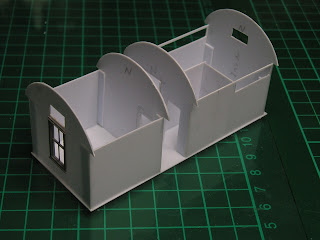 Basic shape glued together.  I had reinforced some of the wall joints with scrap styrene blocks.  I had entertained the thought that I would fit a full interior, but sanity prevailed. 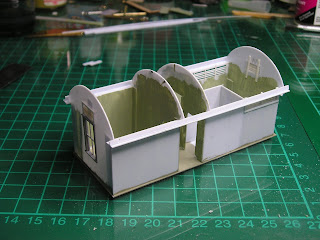 Some basic painting of the interior   I had fitted the eves, and vents too 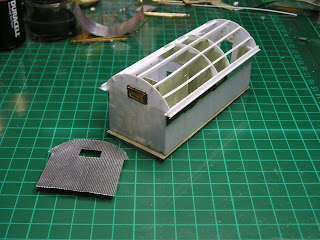 Whilst I am covering the sides in corrugated iron (Brunel Models corrugated Iron fabrication jig allows strange shapes to be made), the exterior details also got some paint.  Some  roof beams are also installed - I felt that the roof may have been a bit weak without them.  I am trying to match the colours on the Ladysmith station. 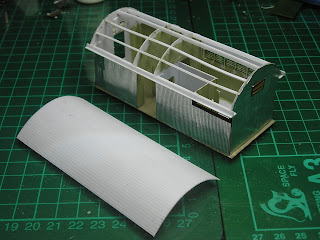 The roof was made from a flat sheet of 20 thou styrene, which I scribed about every 1mm.  The scribing actually causes the sheet to distort naturally, forming  a curve, which I used to good advantage 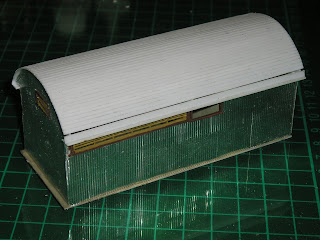 The roof goes on, and I set aside for a day to fully harden.  After that I made up the curved valence, and the curved roofing sheets in a similar fashion to the water tanks of Ladysmith.   These were glued to the roof. .   Dullcoat to kill the shine, some paper edges for the sides, and glazing for the window 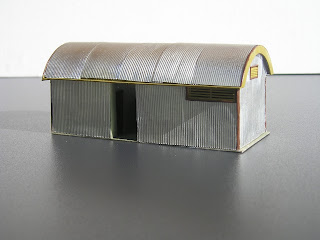 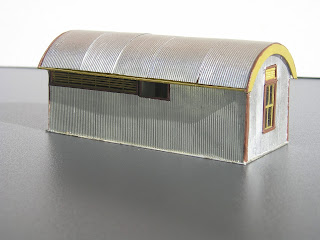 Build time took about a week.  The finished result is a bit rough, and the curve valence of the roof is marginally thicker than it should be. However, it looks the part, and apart from the lack of downpipes (I am looking for photographs showing this), it is time to move to the next structure.