Last weekend, I drove to Yass, to participate in the final operating session on Stephe Jitt’s “Kangaroo Valley Historic Railway”.  After this session, the layout is being dismantled, and faces an uncertain future, as Stephe’s property, “Old Linton” has been sold

My involvement with the layout dates from the 1990s.  Stephe approached the ACT Model Railway Society, with an offer of an exhibition layout for the upcoming Malkara Model Railway exhibition.

At that stage, I was on the Malkara exhibition committee, and took it upon myself to inspect the layout.  I liked what I saw, and the layout was duly exhibited.  Stephe later joined the ACTMRS, and regularly offered Kangaroo Valley as the stand-in club layout for other exhibitions, which allowed the members of the society to run Australian trains, in an Australian setting.

Those who know me understand that I tend to look at possibilities, and possible improvements of any model.  Kangaroo Valley as originally built, had some awkward crossover trackwork, and operation of the mine branch, seriously impeded the running of the main line.  Maybe I was a bit too convincing, as Stephe took on some of  my suggestions, and the 3 way point, and double slip were installed, and the platform 3 dead-end track was extended to the holding yard.

Stephe later added a meatworks and leather tanning industry to the front on a new section, whilst vastly increasing the “fiddleyard” at the rear.

My last enhancement to the layout, was to add 4 buildings to the Kangaroo township, to give the town more of a Bundanoon feel.  Well that was my excuse to contribute something of my own to the layout

For those with copies of Australian Model Railway magazine, Stephe wrote an article on Kangaroo Valley Historic Railway,  which appeared in Issue 292, Feb 2012. 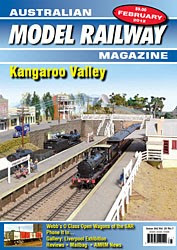 After the article was written, Kangaroo Valley Historic Railway was totally transformed from an exhibition layout, into a permanent home – being the former hay loft of Old Linton.  Stephe quickly filled the space of the loft with more track, and incorporated Kangaroo Valley as just a town within a much larger east coast mainline stretching from Sydney to Eden (and beyond in staging).

Stephe liked to share his layout, and regular once a month operating sessions were firmly placed on the calendar.  Although, the Covid situation this last 2 years has not helped,  I only got to the occasional session – I was often tied up with dog-show duties, the 2 hrs there, and 2 hrs back, plus the expense of fuel were not conducive to a more frequent attendance.  Probably my loss.  But it does give me a lesson, that I may not get operators for my future Wagga layout.  ‘Build it and they will come’  is a not always a good recipe for success For the last session on KV, too many operators was the problem, and the sessions were split into 4 x 90 minute blocks, with some operators able to leave, and be replaced with newly arrived operators.

“Old Linton” homestead was recently sold, after being on the market for many years.  It was the subject of a feature “Selling Homes Australia” television program a few years back.  I don’t think Stephe thought it would sell, as Kangaroo Valley Historic Railway steadily grew into it’s new home – and scenery, and electronics kept improving, and evolving.    My record of its growth has been a bit patchy, and disappointingly,  I forgot to pack my proper camera to record this last melancholy event.  But I did have my phone camera, which I hope will show some of the improvements that have occurred over the years 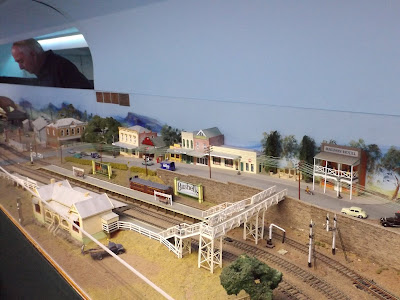 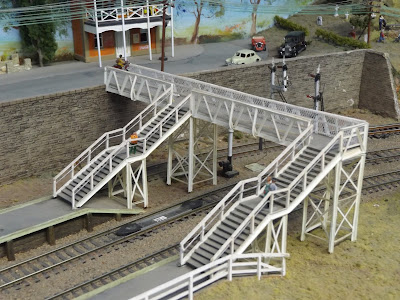 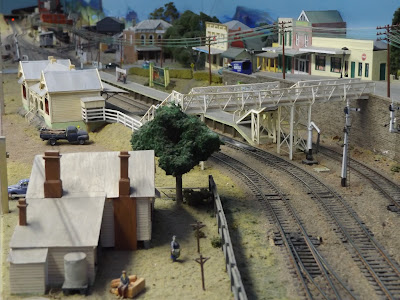 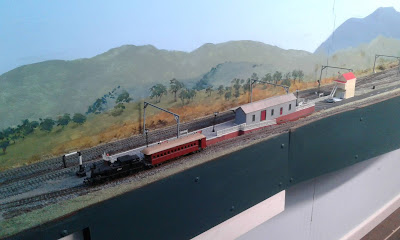 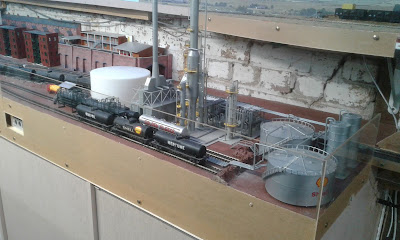 What is in the future.  As Stephe said in his AMRM article, “Crystal balls are difficult to read, and if I have learnt anything in the last twelve years, it is that change is constant”.

Stephe hopes that KV will rise again in a new location, probably a larger shed, which will address some of the hay loft constraints, particularly the access, and aisle width.