Station painting continues, plus some distractions

Wagga Wagga Station painting, and a derailment at Bomen.

Firstly, I would like to apologise for my last post.  It was far too long, and apart from a nice 3801 picture, not much new.  It did however, give me a chance to complete the tedious task of painting the Wagga station, without having an overly long gap in my blog posting schedule.

I have made a start.  These pictures illustrate my technique

The line south of Junee to Melbourne was immediately closed.  The night down XPT which was to cross this train on the Bomen loop, was issued an emergency  stop order, and it reversed back to Junee.  The down steel train arrived later, and was marshalled in Junee until the line was cleared.

I couldn't let this photo opportunity pass, so I headed to Bomen for some of my own pictures. 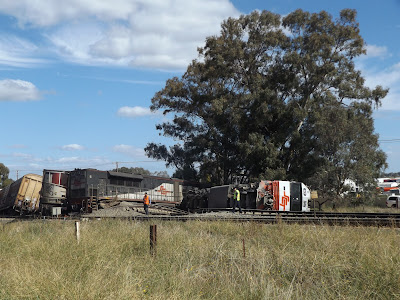 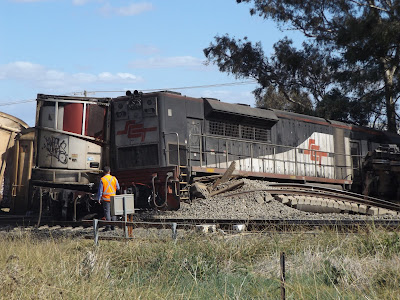 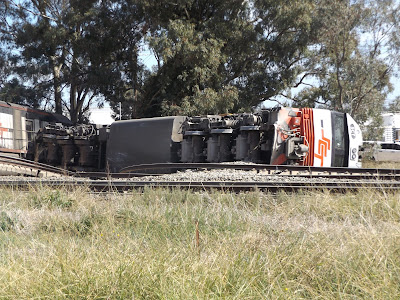 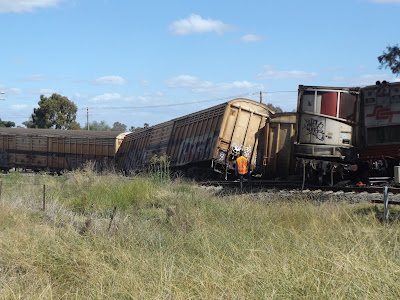 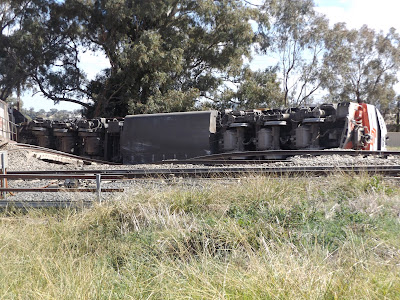 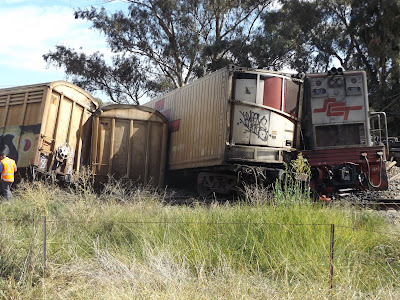 From what I could make out, the train derailed on the catchpoint/derail, that you can see in a picture I had taken of the site a few years ago.  Most of the train though had not derailed, as it was sitting on the Bomen platform track, and not the mainline

Of course, the cause of the derailment is subject to an inquiry.  But the 5 scenerios that could have caused it are

3) Loco was already derailed prior to the catchpoint, and the derailed wheels hit the derail.

Why the train was on the Bomen station line, and not on the mainline may also be asked.

I noted that the steel train was leaving Junee on Saturday morning (April 17th 2021), so the mainline was back operational just 2 days after.  Well done.  However, the bomen platform track took some extra time.   I passed the site on Monday April 19th, and the cranes were still there 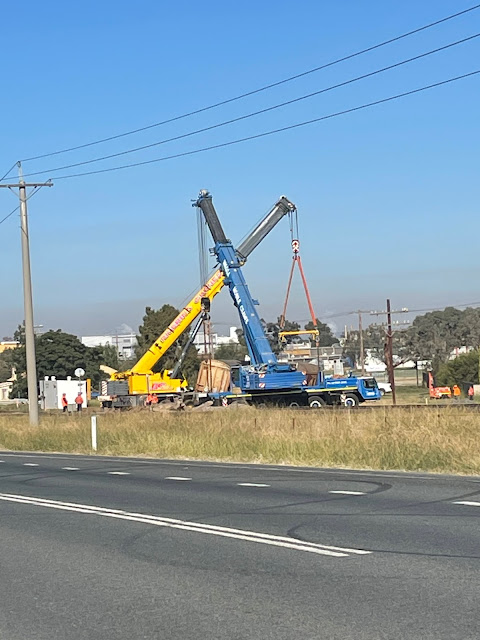 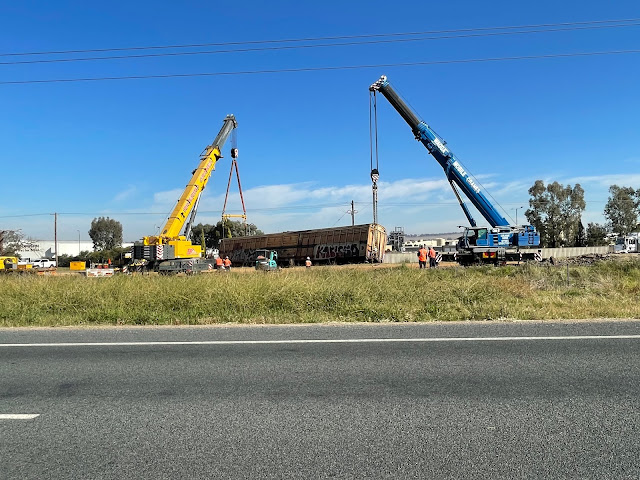 This derailment made the national news, and disrupted trains on the busy Sydney Melbourne route for over 2 days.