Backscenes
It may be a while off yet,  but backdrops are a necessary part of the planning process, and the time to think about this is before track goes down.

Way back (over 20 years ago), I was responsible for initiating construction of a club exhibition layout, which became known as  12th Street Yard.  The premise of this layout was 2 fold – mainline running, with switching in an urban environment.  To say this layout was a resounding success was testament to the enthusiasm from the ACT Model Railway Society members, who built, displayed and ran it on the exhibition scene for over a decade.  For me, the layout was a major step up in quality, and a steep learning curve that has influenced my later modelling
We made mistakes too – one of them was the initial lack of a backscene.  But I think the below pictures (taken by Ralph Cooke for Continental Modeller July 2005) will give a hint how important a backscene is to giving a layout real atmosphere.

Whilst many of the backscene photos for 12SY were scanned out of books, I am lucky that I can take my own pictures for Wagga.  As a shelf layout, the backscene is the major trick to widen the visual appeal of the modelled area.
The first area selected is the farming area between Bomen and Shepherds Siding.  I expect that I will have about 3 to 4 metres of backscene.    So armed with a camera, choosing a particularly nice day, I went out to take a series of overlapping pictures of farmland typical of the area.    At Harefield, (not quite at Shepherds Siding, but close), I was able to take 12 overlapping pictures from one location. I did this handheld, but a tripod would have helped. 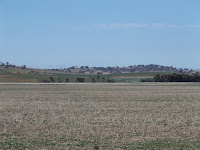 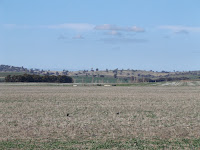 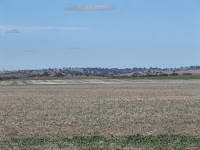 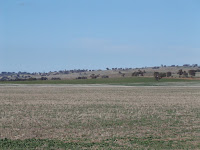 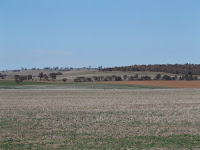 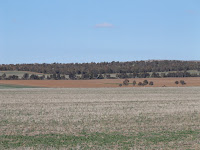 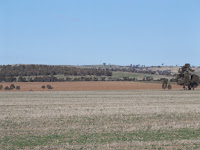 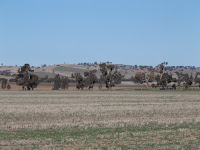 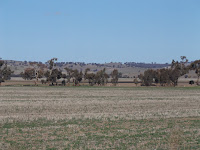 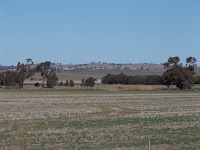 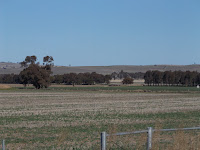 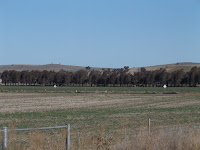 Back home, I loaded 4 pictures into Adobe Photoshop, and ran the “Photomerge Panorama” command with 4 of the images.  The result on screen was amazing.   The original resolution has been maintained across all 4 images – the .jpg file size is 24.7 meg

That is where I am up to thus far.  I still am experimenting with the software.   Of course, the proof of the pudding is in the eating – and unlike 12th Street Yard where we were able to use a bubblejet printer, printing a long panorama takes special handling.  I am aware that I could send the image over to the Backdrop Warehouse in the USA for printing, although the cost factor is high.  An Australian company may be better. Dropz Backdrops doesn’t specialize in model railway applications, but will print your images on vinyl, and prices appear reasonable.  I recently was advised that Office Works can print a 24” x 48” (approx 600 x 1200mm) poster from your  digital image for around $60.  So assuming that I can layer two panorama images on the one digital image (each panorama to be 12” x 48”), combined that would give 2.5 metres of backscene.
Before too long, I am going to have to do a small scale  test print (say 50%), to limit my losses if things go astray.   But, assuming it works,  a photographic backscene could be the way I will proceed for the whole layout.

If you do nothing else today, challenge yourself to try new things.  Until next time