Wagga’s Boral Bitumen depot
Bitumen is a component in road building.  In possibly a major simplification, once the road surface is prepared, a spray of hot bitumen (or “tar”), is spread across the surface, a layer of bluemetal is then dropped off the back of a dump-truck over the hot tar surface, and a road roller is then used to mash the bluemetal into the tar before the tar cools, and solidifies.

Transport of bitumen in railway bogie tank cars started in NSW in the 1950s.  I suspect this is when Wagga’s Boral bitumen depot was built.  Boral is a shortening of “Bitumen and Oil Refineries (Australia) Limited”
The location of the depot was sited off the Tumbarumba branch line, east of the Lake Albert Road level crossing.  At the time of its construction, it was on semi-rural land, but subsequent growth in East Wagga has surrounded it with industrial development
Since 1980, I have been taking photos of the depot from the rail line.  Initially it was just out of curiosity, but later, as my idea of a layout based on Wagga was forming, I knew I needed more pictures.  I gained permission in July 1999 to photograph the depot “from the inside”.  Unfortunately, by 1999, movement of bitumen by railway to Wagga had ceased. 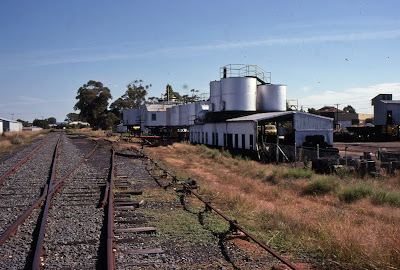 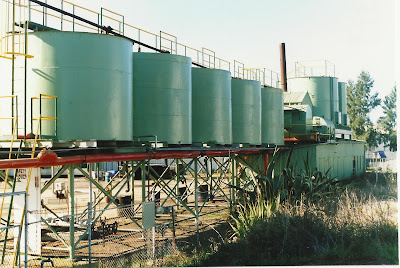 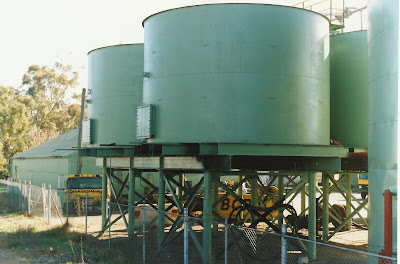 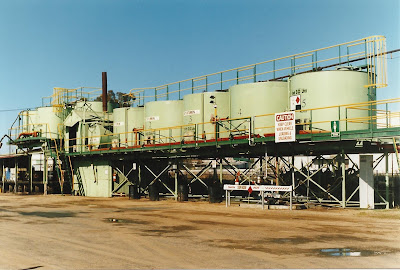 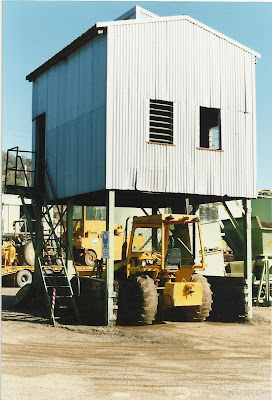 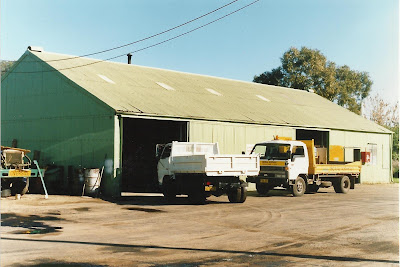 I suspect that different grades of oil are transported, in addition to bitumen to the Wagga Boral site.  The differences in the tanks is most likely the key - the smaller tanks are small enough to be heated by steam, whereas the oil in the larger tanks is most likely liquid at room temperatures.

Below information obtained from the Australian Modeller Website.  Used with thanks
====================
36’ BITUMEN and HEAVY OIL RAIL TANK CARS
Between 1957 and 1959 Tulloch Limited constructed 12 rail tank cars designed to carry bitumen or heavy oil products. The underframe design was standardised between all 12 cars, being 36’ long over headstocks with 6” channel solebars. Bogies were standard RTC 5’6” wheelbase with 33” diameter wheels. Wheel centres were spoked or 4 hole disc.
Of the twelve cars constructed, two 5000 gallon cars were built for Ampol, these were unlagged. They were designated to carry black oil products and fitted with steam heating coils to assist with content discharge, if required. They were numbered AMP No.32 and No.33 and painted corporate blue, later becoming NTBF 4032 and 4033 and re-painted black.
Nine 7500 gallon cars were built for Bitumen and Oil Refineries (Australia) Limited, BORAL, all of these cars were lagged. Cars RC100 to RC108 were fitted with steam heating coils, RC107 and RC108 were also fitted with gas burner heating tubes and end flues. The gas burner fittings were identical to the road tankers, which allowed content heating with the road tanker equipment. All were clad in polished aluminium sheeting with black painted metal work.
Later RC100, 101 and 102 had the lagging removed but retained the steam heating coils for black oil products. The BORAL registered cars migrated to the TOTAL fleet in the 1970s; TP100 was re-painted black and TP101 and TP102 were painted Indian red with orange TOTAL branding.
One further car (7500 gals) was built for BHP.
All the above cars were recoded NTBF.  In 1982, Total had 22 NTBF tankers in service.  Bitumen was shipped from Shell’s Clyde refinery by rail until sometime in the 1990s.  Shell closed the Clyde refinery in 2013.  Bitumen is now imported to a terminal in Port Botany, and distributed by road
An article on building a  Bitumen wagon was written by Howard Armstrong in AMRM issue 19, over 50 years ago,  Disappointingly, there has been nothing since in AMRM, or Branchline Modeller/AJRM, not even a review of the Bitumen tank wagon.
I have been unable to find a lot of information about bitumen transportation by rail.  There are still a lot of questions that to me, remain unanswered.     Thanks must go out to SDS Models for producing the bitumen tank wagon.  I note that all versions have sold out, although I for one, am hoping they will do a rerun – particularly as my pair of wagons is too late for my time period.

I have started drawing plans for  the depot.  I have chosen 1:100 scale, but even so, the depot will extend for over a metre besides the track.  I will have to wait until I get the track down before starting construction, as I may have to employ some more selective compression

Continuing my exploration of the railway at Wagga, has given me a better understanding, and appreciation of railways in general.. I hope that this will culminate  into a better model operation.   And if nothing else, maybe, my small article will be the incentive for anyone wanting to build their own Boral depot
Until next time.